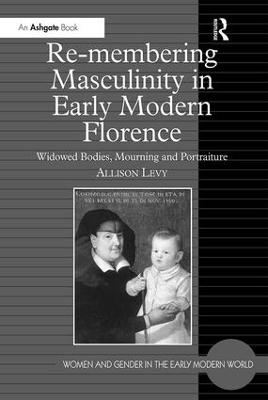 From Pliny to Petrarch to Pope-Hennessy and beyond, many have understood the obvious connection between portraiture and commemorative practice. This book expands and nuances our understanding of Renaissance portraiture; the author shows it to be complexly generated within a discourse of male anxiety and pre-mortuary mourning. She argues that portraiture could defer memory loss or, at the very least, pictorially console the subject against his own potentially unmourned death. This book recognizes a socio-cultural anxiety - the fear not merely of death but also of being forgotten - and identifies a set of pictorial, literary and theoretical strategies consequently formulated to ensure memory. To explore this phenomenon, this interdisciplinary but fundamentally art historical project merges early modern visual culture and critical theories of the body. The author examines an extensive selection of fifteenth- and sixteenth-century male and female portraits, primarily associated with the Medici family, circle and court, in and against both historical writings and contemporary discourses, including literary and cultural theory, psychoanalysis, feminism and gender studies, and critical theories of race and disability. Re-membering Masculinity generates new ideas about both male and female portraiture in early modern Florence, raises even more questions about the experiences and representations of widowhood and mourning, and re-configures our understanding of masculinity - from the early modern male body to 'Renaissance Man' to postmodern manhood. 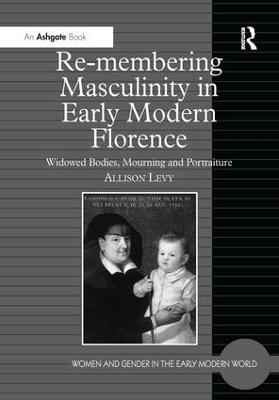 » Have you read this book? We'd like to know what you think about it - write a review about Re-membering Masculinity in Early Modern Florence book by Allison Levy and you'll earn 50c in Boomerang Bucks loyalty dollars (you must be a Boomerang Books Account Holder - it's free to sign up and there are great benefits!)

A Preview for this title is currently not available.
More Books By Allison Levy
View All

Vincenzo Scamozzi and the Chorography of Early Modern Architecture
$260.37 $263.00