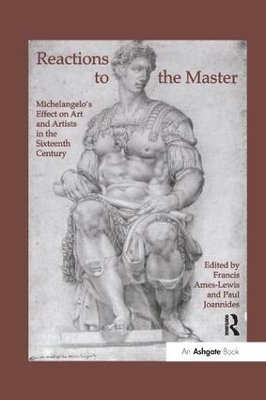 Reactions to the Master

Michelangelo's Effect on Art and Artists in the Sixteenth Century

Description - Reactions to the Master by Francis Ames-Lewis

The immense effect that Michelangelo had on many artists working in the sixteenth century is widely acknowledged by historians of Italian Renaissance art. Yet until recently greater stress has been placed on the individuality of these artists' styles and interpretation rather than on the elucidation of their debts to others. There has been little direct focus on the ways in which later sixteenth-century artists actually confronted Michelangelo, or how those areas or aspects of their artistic production that are most closely related to his reveal their attitudes and responses to Michelangelo's work. Reactions to the Master presents the first coherent study of the influence exerted by Michelangelo's work in painting and sculpture on artists of the late-Renaissance period including Alessandro Allori, Agnolo Bronzino, Battista Franco, Francesco Parmigianino, Jacopo Pontormo, Francesco Salviati, Raphael, Giorgio Vasari, Marcello Venusti, and Alessandro Vittoria. The essays focus on the direct relations, such as copies and borrowings, previously underrated by art historians, but which here form significant keys to understanding the aesthetic attitudes and broader issues of theory advanced at the time.

Other Editions - Reactions to the Master by Francis Ames-Lewis 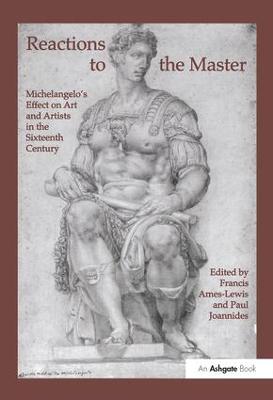 Book Reviews - Reactions to the Master by Francis Ames-Lewis

» Have you read this book? We'd like to know what you think about it - write a review about Reactions to the Master book by Francis Ames-Lewis and you'll earn 50c in Boomerang Bucks loyalty dollars (you must be a Boomerang Books Account Holder - it's free to sign up and there are great benefits!)