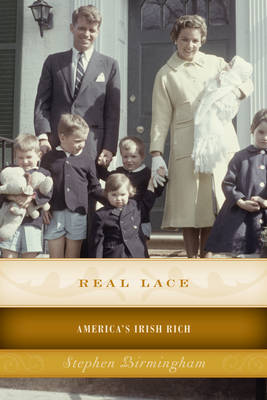 America's Irish Catholic rich have long enjoyed the designation of F.I.F., or First Irish Family or "Real Lace", as it delineates their place in the "Irishtocracy", where names such as Cuddihy, Murray, Doheny, and McDonnell inspire respect and awe. Yet, in almost every case, their origins in this country were humble. Fleeing the Irish potato famine in the 1840s, they found themselves penniless in the slums of New York and Boston where they were regarded as "invaders" and a curse, humiliated by signs that said 'No Irish Need Apply' and forced to accept jobs too degrading to be accepted by native and other immigrant populations. Nonetheless, they possessed one important advantage over other immigrants: they spoke the language. They were also, by nature and tradition, political. And they had ambition, courage, a fighting spirit, and-perhaps most important-Irish charm.

Here, in this engrossing and often hilarious book, we read of how the Irish elite emerged-frequently in less than a generation's time-out of poverty into positions of both social and business prominence. One of the F.I.F., Robert J. Cuddihy, was behind one of the great publishing stories of the twentieth century, the rise and fall of the Literary Digest. Another, Thomas E. Murray, though little schooled, possessed an engineering genius that led to his control of a number of electrical and other patents, second only to Thomas Edison. Still another, Edward Doheny, was a key figure in the great Teapot Dome scandal of the Harding years. We read of the F.I.F.'s struggles to cling to their faith, and their determination to cope with the "Irish curse": alcohol. In Real Lace Stephen Birmingham recounts the ultimate rags-to-riches story of the American Irish in a social history as entertaining as it is important. 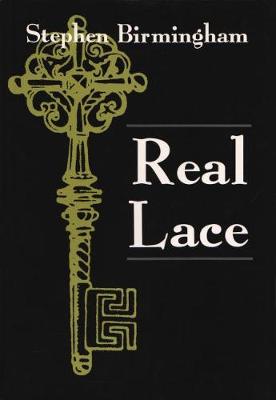 » Have you read this book? We'd like to know what you think about it - write a review about Real Lace book by Stephen Birmingham and you'll earn 50c in Boomerang Bucks loyalty dollars (you must be a Boomerang Books Account Holder - it's free to sign up and there are great benefits!)