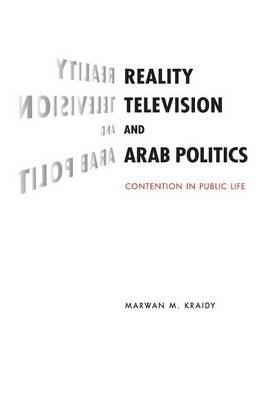 What does it mean to be modern outside the West? Based on a wealth of primary data collected over five years, Reality Television and Arab Politics analyzes how reality television stirred an explosive mix of religion, politics, and sexuality, fuelling heated polemics over cultural authenticity, gender relations, and political participation in the Arab world. The controversies, Kraidy argues, are best understood as a social laboratory in which actors experiment with various forms of modernity, continuing a long-standing Arab preoccupation with specifying terms of engagement with Western modernity. Women and youth take center stage in this process. Against the backdrop of dramatic upheaval in the Middle East, this book challenges the notion of a monolithic 'Arab Street' and offers an original perspective on Arab media, shifting attention away from a narrow focus on al-Jazeera, toward a vibrant media sphere that compels broad popular engagement and contentious political performance. 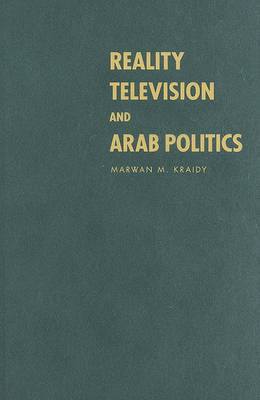 » Have you read this book? We'd like to know what you think about it - write a review about Reality Television and Arab Politics book by Marwan M. Kraidy and you'll earn 50c in Boomerang Bucks loyalty dollars (you must be a Boomerang Books Account Holder - it's free to sign up and there are great benefits!)

Marwan M. Kraidy is Associate Professor of Communication at the Annenberg School for Communication at the University of Pennsylvania. Previously a Fellow at the Woodrow Wilson International Center for Scholars and Director of the Arab Media and Public Life (AMPLE) project, Kraidy has authored Hybridity, or, The Cultural Logic of Globalization (2005) and co-edited Global Media Studies: Ethnographic Perspectives (2003). He has written widely and contributed frequently to media discussions of Arab media and global communication, mostly on National Public Radio.

A Preview for this title is currently not available.
More Books By Marwan M. Kraidy
View All