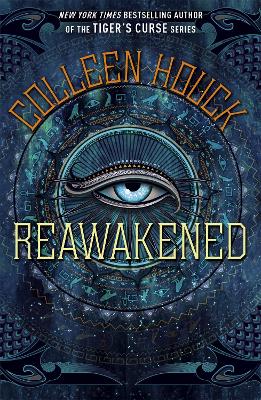 When seventeen-year-old Lilliana Young enters the Metropolitan Museum of Art one morning during spring break, the last thing she expects to find is a live Egyptian prince with godlike powers, who has been reawakened after a thousand years of mummification. And she really can't imagine being chosen to aid him in an epic quest that will lead them across the globe.But fate has taken hold of Lily, and she, along with her sun prince, Amon, must travel to the Valley of the Kings, raise his brothers, and stop an evil, shape-shifting god named Seth from taking over the world.

Other Editions - Reawakened by Colleen Houck 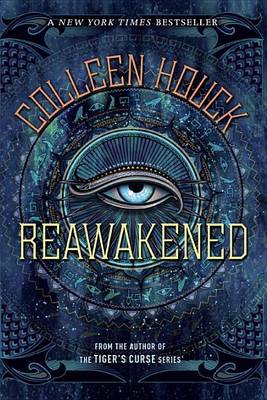 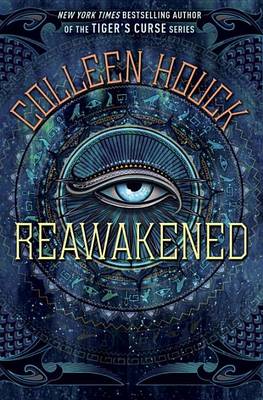 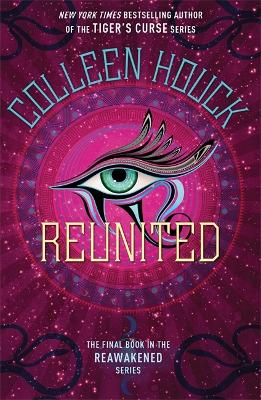 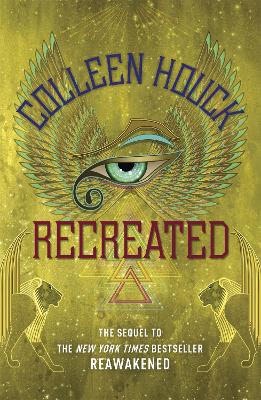 View all editions of Reawakened by Colleen Houck

» Have you read this book? We'd like to know what you think about it - write a review about Reawakened book by Colleen Houck and you'll earn 50c in Boomerang Bucks loyalty dollars (you must be a Boomerang Books Account Holder - it's free to sign up and there are great benefits!)

This was supposed to be my last read of 2015 but due to falling asleep less than an hour before midnight on New Years Eve, it has now become my first read of 2016. not that I am complaining as it has gotten 2016 off to a good start.

I have always been interested in Egyptian mythology and this book used it really well when fusing it in with a modern setting. have ing recently read something else that also dealt with egyptian mythology , I was reasonably familiar with the stories with some of the mythology used in this novel.

Lilliana (Lily) Price has always done what she was told by her parents, and other in authority. her parents have her whole life essentially mapped out for her and while she may not be 100% happy with this, neither is she going against it.

Then she is in the wrong place and the right time and a chance encounter with a newly awakened mummy changes everything. Suddenly Lily is helping an Egyptian prince ind his brothers and enact a ceremony to keep the God of Chaos Seth from rising for another 100 years, risking her life for a man she barely knows but is developing feelings for and travelling to countries and doing things she would never have dreamed of just days earlier and even worse; She does not regret a thing!

I found this a wee bit slow to start. Having come from a previous read where I had been completely immersed from the get go ( and maybe still suffering a bit of a book hangover), it took me a little while to really get myself into the story but by 60-75 pages in, the pages began to fly and I found myself generally looking forward to getting back to the story every time real life intervened and I had to put the book down.

What Ms Houck does really well is to fuse mythology and a great modern story line together to make a plot that is exciting, romantic and can both sweep you off your feet and leave you on the edge of the seat you land on.

I also loved the chemistry between Lily and Amun. At first I wasn't so sure but as they interacted more and more, their chemistry built and by the end I was really pulling for them. I also felt that the change in Lily was authentic, she didn't become a different person but more discovered who she really was when not constrained by the rules of her parents and her perfect life and I flet like she really grew and discovered herself over the course of the novel.

I think I fell in love with all three of the brothers and i left the novel feeling like I really needed an Egyptian prince with godly powers of my own.

I found the ending a wee but confusing but I do know that there will be another book in this series and I for one, cannot wait to read it.

Formerly a student at the University of Arizona Colleen Houck has worked as a nationally certified American Sign Language interpreter for seventeen years. Her first book, TIGER'S CURSE, received literary praise and digital success. Her self-published eBook claimed the no.1 spot on Kindle's children's best-seller list for seven weeks. She lives in Salem, Oregon, with her husband and a white stuffed tiger. Find out more on www.tigerscurse.com and connect with Colleen on Twitter at www.twitter.com/ColleenHouck.