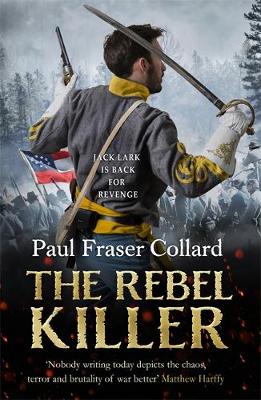 A gripping tale of revenge in the American Civil War

Paul Fraser Collard's roguish hero Jack Lark - dubbed 'Sharpe meets the Talented Mr Ripley' - returns once more, switching sides to join the ranks of the Confederate Army. This latest adventure will see Jack journey through the Southern states as the American Civil War continues in earnest, and is a must-read for fans of Bernard Cornwell and Simon Scarrow. 'Enthralling' The Times on the Jack Lark seriesFighting for the Union gave Jack Lark purpose. But America is tearing itself apart and no one will be left in peace.Virginia, 1861. With his comrades defeated, Jack turns his back on the battlefield. At heart he's still a soldier, but this wholly uncivil war has left him wanting something - and someone - more. Lost in the woods with the Confederate army closing in, Jack will stop at nothing to protect Rose and the future they might share. Then one bullet changes everything and Jack wakes up in a military hospital - alone. Broken but determined, he sets out on an epic journey across the Confederacy disguised in the grey coat of his one-time enemy. He will find the man who destroyed his life. Jack Lark is out for revenge. 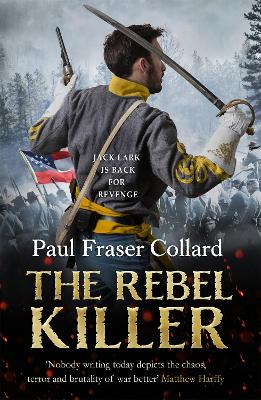 » Have you read this book? We'd like to know what you think about it - write a review about Rebel Killer (Jack Lark, Book 7) book by Paul Fraser Collard and you'll earn 50c in Boomerang Bucks loyalty dollars (you must be a Boomerang Books Account Holder - it's free to sign up and there are great benefits!)

Paul's love of military history started at an early age. A childhood spent watching films like Waterloo and Zulu whilst reading Sharpe, Flashman and the occasional Commando comic, gave him a desire to know more of the men who fought in the great wars of the nineteenth and twentieth centuries. At school, Paul was determined to become an officer in the British Army and he succeeded in winning an Army Scholarship. However, Paul chose to give up his boyhood ambition and instead went into the finance industry. Paul stills works in the City, and lives with his wife and three children in Kent.

A Preview for this title is currently not available.
More Books By Paul Fraser Collard
View All