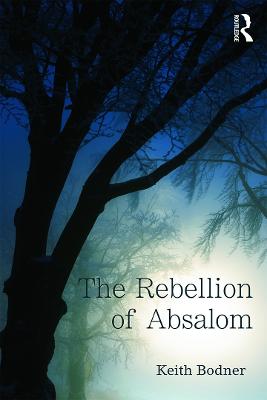 The Rebellion of Absalom

Description - The Rebellion of Absalom by Keith Bodner

With extraordinary range and literary energy, the story of Absalom's rebellion in 2 Samuel ranks as the most elaborate and extensively narrated internal political event in the Hebrew Bible, complete with a host of scandalous and sordid events: illicit sex, murder, cover-up, petty crime, to name a few. For many students approaching the historical books of the Bible, however, texts often fail to address the vitality of this most turbulent period of King David's career. Bodner addresses this shortcoming with his The Rebellion of Absalom, a lively analysis of the early monarchy of Israel, written by a recognized commentator of the Bible's historical books. Concise and insightful, each chapter incrementally focuses on the stages of David's rise to power and Absalom's early life and rebellion. Crucial issues in the development of Israel's monarchy are embedded in this story, including:

The Rebellion of Absalom is a student-friendly, culturally savvy approach to one of the most important episodes in deciding how the kings of Israel would be determined throughout the monarchic period.

Other Editions - The Rebellion of Absalom by Keith Bodner 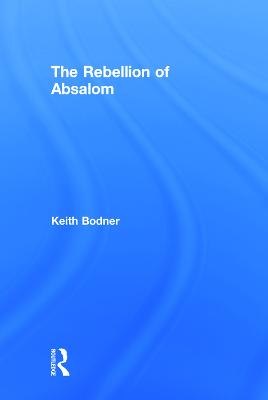 Book Reviews - The Rebellion of Absalom by Keith Bodner

» Have you read this book? We'd like to know what you think about it - write a review about Rebellion of Absalom book by Keith Bodner and you'll earn 50c in Boomerang Bucks loyalty dollars (you must be a Boomerang Books Account Holder - it's free to sign up and there are great benefits!)

Keith Bodner is Professor of Religious Studies at Crandall University in New Brunswick, after teaching for a number of years at Tyndale University College & Seminary in Toronto. He holds PhD degrees in Biblical Studies (University of Aberdeen) and English Literature (University of Manchester). He is the author of six books on biblical history.

A Preview for this title is currently not available.
More Books By Keith Bodner
View All