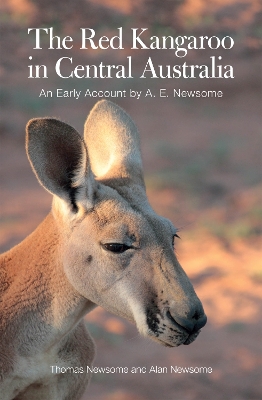 The Red Kangaroo in Central Australia

Description - The Red Kangaroo in Central Australia by Alan Newsome

The red kangaroo is at the heart of Australia's ecological identity. It is Australia's largest terrestrial land mammal and the only kangaroo truly restricted to Australia's arid interior. Almost nothing was known about the ecology of the red kangaroo when a young Alan Newsome began to study it in 1957.

He discovered how droughts affect reproduction, why red kangaroos favour different habitats during droughts and that explosions in red kangaroo numbers were caused by changes to the landscape wrought by graziers. Most importantly, he realised the possibilities of enriching western science with Indigenous knowledge, a feat recognised today as one of the greatest achievements of his career.

» Have you read this book? We'd like to know what you think about it - write a review about Red Kangaroo in Central Australia book by Alan Newsome and you'll earn 50c in Boomerang Bucks loyalty dollars (you must be a Boomerang Books Account Holder - it's free to sign up and there are great benefits!)

Dr Alan Newsome (1935-2007) was a pioneering ecologist. He was the first to conduct extensive studies on the red kangaroo in Central Australia and he became internationally celebrated for his research on other mammals in Australia and abroad. This book captures Alan's thoughts as a young ecologist tackling difficult questions in a harsh environment.Dr Thomas Newsome is Alan's son. A Fulbright Scholar in 2013, his research includes studies on the ecological role of top-order predators. His interests in the red kangaroo stem from living in Central Australia between 2005 and 2011, and the fact that the red kangaroo is a key prey item for Australia's top-order predator, the dingo.