Masterful linked short stories by Nobel prizewinner John Steinbeck, author of The Grapes of Wrath. The Red Pony is one of The Originals from Penguin - iconic, outspoken, first.
Young Jody Tiflin lives on his father's California ranch. He is thrilled when his father gives him a red pony, and later promises him the colt of a bay mare. Both these gifts bring joy to Jodi's life - but tragedy soon follows. As Jodi begins to learn the harsh lessons of life and death, he starts to understand what growing-up and becoming an adult really means.
The Originals are the pioneers of fiction for young adults. From political awakening, war and unrequited love to addiction, teenage pregnancy and nuclear holocaust, The Originals confront big issues and articulate difficult truths. The collection includes- The Outsiders - S.E. Hinton, I Capture the Castle - Dodie Smith, Postcards from No Man's Land - Aidan Chambers, After the First Death - Robert Cormier, Dear Nobody - Berlie Doherty, The Endless Steppe - Esther Hautzig, Buddy - Nigel Hinton, Across the Barricades - Joan Lingard, The Twelfth Day of July - Joan Lingard, No Turning Back - Beverley Naidoo, Z for Zachariah - Richard C. O'Brien, The Wave - Morton Rhue, The Red Pony - John Steinbeck, The Pearl - John Steinbeck, Stone Cold - Robert Swindells.

Other Editions - The Red Pony by Mr John Steinbeck 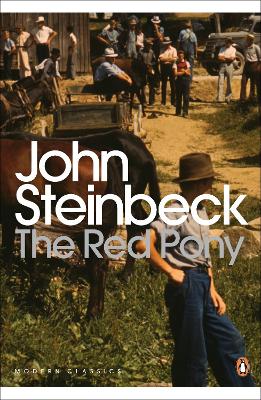 » Have you read this book? We'd like to know what you think about it - write a review about Red Pony book by Mr John Steinbeck and you'll earn 50c in Boomerang Bucks loyalty dollars (you must be a Boomerang Books Account Holder - it's free to sign up and there are great benefits!)