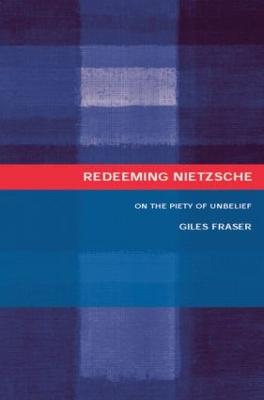 On the Piety of Unbelief

'O Zarathustra, you are more pious than you believe, with such unbelief! Some god in you has converted you to your goodness.' (Thus Spake Zarathustra) Best known for having declared the death of God, Nietzsche was a thinker thoroughly absorbed in the Christian tradition in which he was born and raised. Yet while the atheist Nietzsche is well known, the pious Nietzsche is seldom recognised and rarely understood. Redeeming Nietzsche examines the residual theologian in the most vociferous of atheists. Fraser demonstrates that although Nietzsche rejected God, he remained obsessed with the question of human salvation. Examining his accounts of art, truth, morality and eternity, Nietzsche's thought is revealed to be a series of experiments in redemption. However, when placed in direct confrontation with the enormity of modern understandings of destruction, Nietzsche's prescriptions for human salvation look like the imaginings of a more comfortable age. Drawing upon the work of Kundera, Nussbaum, Girard and Cavell, Fraser traces the successive failures of Nietzsche's salvation theology to an inability fully to face the depths of human suffering.
Though Nietzsche's powerful attack upon Christianity has remained influential for over a century, few have attempted to mount a sustained theological critique of his thought. Redeeming Nietzsche challenges assumptions of Nietzsche's secularity and opens up a new front in Nietzsche scholarship.

» Have you read this book? We'd like to know what you think about it - write a review about Redeeming Nietzsche book by Giles Fraser and you'll earn 50c in Boomerang Bucks loyalty dollars (you must be a Boomerang Books Account Holder - it's free to sign up and there are great benefits!)

Giles Fraser is a Lecturer in Philosophy at Wadham College, University of Oxford. He is also the Vicar of Putney.

A Preview for this title is currently not available.
More Books By Giles Fraser
View All