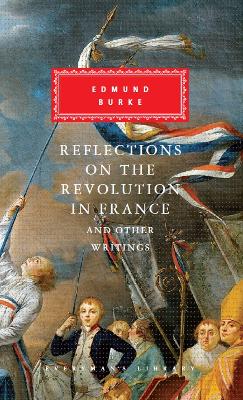 Reflections on The Revolution in France And Other Writings

"The most important works of Edmund Burke, the greatest political thinker of the past three centuries, are gathered here in one comprehensive volume. Accompanying his influential masterpiece, Reflections on the Revolution in France, is a selection of pamphlets, speeches, public letters, private correspondence and, for the first time, two important and previously uncollected early essays<

"Amid the 18th century s golden generation that included his companions Adam Smith, Samuel Johnson and Edward Gibbon, Burke s controversial mixture of conservative and subversive theories made him first a marginal figure, and finally a revered theorist a hero of the Romantics. He warned of the effects of British rule in Ireland, the loss of the American colonies, and most famously, he foresaw the disastrous consequences of revolution in France. This he predicted, would trigger extremism, terror and the atomisation of society a profound analysis that continues to resonate today. In this absorbing new biography Conservative MP Jesse Norman gives us Burke anew, vividly depicting his dazzling intellect, imagination and empathy against the rich tapestry of 18th century Europe. Burke s wisdom, Norman shows, applies well beyond the times of empire to the conventional democratic politics practised in Britain and America today. We cannot understand the defects of the modern world, or modern politics, without him."

Buy Reflections on The Revolution in France And Other Writings by Edmund Burke from Australia's Online Independent Bookstore, Boomerang Books. 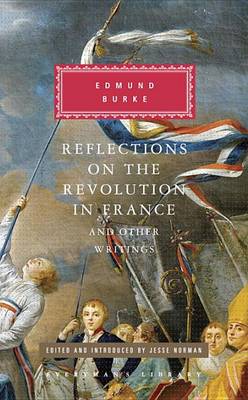 » Have you read this book? We'd like to know what you think about it - write a review about Reflections on The Revolution in France And Other Writings book by Edmund Burke and you'll earn 50c in Boomerang Bucks loyalty dollars (you must be a Boomerang Books Account Holder - it's free to sign up and there are great benefits!)

Philosopher, statesman, and founder of modern conservatism, Edmund Burke is both the greatest and most under-rated political thinker of the past three-hundred years. Born in Ireland in 1729, and greatly affected by its bigotry and extremes, his career constituted a lifelong struggle against the abuse of power.

A Philosophical Enquiry Into the Origin of Our Ideas of the Sublime and Beautiful
$99.00 $110.00

A Philosophical Inquiry Into the Origin of our Ideas of the Sublime and Beautiful
$53.10 $59.00

The Protective System Considered in Connection with the Present Tariff: In a Series of Twelve Essays, Originally Published in the Washington Union Over the Signature of Bundelcund.
$33.21 $36.90

Begum B-Rke to Begum Bow, a Poetical Rhapsody on Contemporary Characters. with a Dedication to the Right Honourable Lord George Gordon in Newgate, and Notes by the Editor. [a Satire on Edmund Burke.]
$33.21 $36.90

An Appeal from the New to the Old Whigs, in Consequence of Some Late Discussions in Parliament, Relative to the Reflections on the French Revolution. the Fourth Edition.
$45.86 $50.96