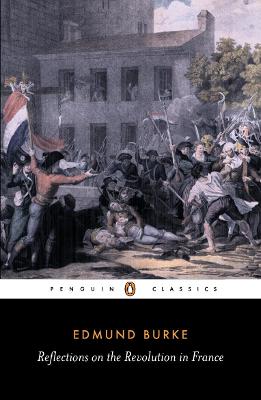 Reflections on the Revolution in France

Description - Reflections on the Revolution in France by Edmund Burke

Burke's seminal work was written during the early months of the French Revolution, and it predicted with uncanny accuracy many of its worst excesses, including the Reign of Terror. A scathing attack on the revolution's attitudes to existing institutions, property and religion, it makes a cogent case for upholding inherited rights and established customs, argues for piecemeal reform rather than revolutionary change - and deplores the influence Burke feared the revolution might have in Britain. Reflections on the Revolution in France is now widely regarded as a classic statement of conservative political thought, and is one of the eighteenth century's great works of political rhetoric.

Other Editions - Reflections on the Revolution in France by Edmund Burke 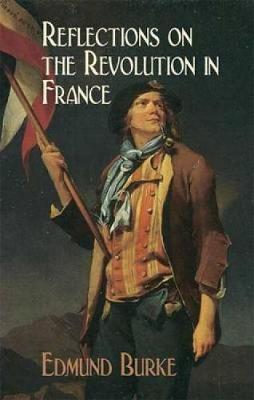 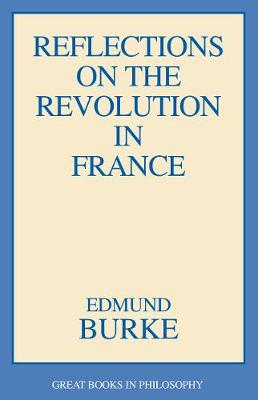 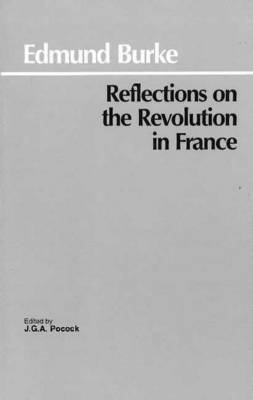 Book Reviews - Reflections on the Revolution in France by Edmund Burke

» Have you read this book? We'd like to know what you think about it - write a review about Reflections on the Revolution in France book by Edmund Burke and you'll earn 50c in Boomerang Bucks loyalty dollars (you must be a Boomerang Books Account Holder - it's free to sign up and there are great benefits!)

Edmund Burke (1729 - 97) was born in Dublin and educated at Trinity College, Dublin. In 1750 he entered the MIddle Temple in London but soon left law for literature. His Philosophical Enquiry into the Sublime and the Beautiful influenced many writers of the Romantic period. An MP in the Whig Party, he championed the cause of Catholic emancipation and was involved in the governing India. Conor Cruise O'Brien is Emeritus Professor of the University of Dublin. In 1955 he was Counsellor in Paris and head of the United Nations section on Ireland from 1956 - 1960. He has been a professor at NYU, St Catherine's College, Oxford and at Dartmouth College in the USA. He has written on subjects including Ireland, Israel and the French Revolution.

A Philosophical Enquiry Into the Origin of Our Ideas of the Sublime and Beautiful
$103.48 $114.98

A Philosophical Inquiry Into the Origin of our Ideas of the Sublime and Beautiful
$55.50 $61.67

Edmund Burke's Speech on Conciliation with the American Colonies
$52.34 $58.16

Begum B-Rke to Begum Bow, a Poetical Rhapsody on Contemporary Characters. with a Dedication to the Right Honourable Lord George Gordon in Newgate, and Notes by the Editor. [a Satire on Edmund Burke.]
$34.71 $38.57

The Protective System Considered in Connection with the Present Tariff: In a Series of Twelve Essays, Originally Published in the Washington Union Over the Signature of Bundelcund.
$34.71 $38.57

Substance of the Speech of the Right Honourableedmund Burke, in the Debate on the Army Estimates, in the House of Commons, Comprehending a Discussion of the Present Situation of Affairs in France the Third Ed
$32.51 $36.12

A Letter from a Distinguished English Commoner, to a Peer of Ireland, on the Repeal of a Part of the Penal Laws Against the Irish Catholics.
$34.71 $38.57

An Appeal from the New to the Old Whigs, in Consequence of Some Late Discussions in Parliament, Relative to the Reflections on the French Revolution. the Fourth Edition.
$47.94 $53.27

A Letter from the Right Honourable Edmund Burke, to a Noble Lord, on the Attacks Made Upon Him and His Pension, in the House of Lords, by the Duke of Bedford, and the Earl of Lauderdale, Early in the Present Session of Parliament. the Second Edition.
$34.71 $38.57