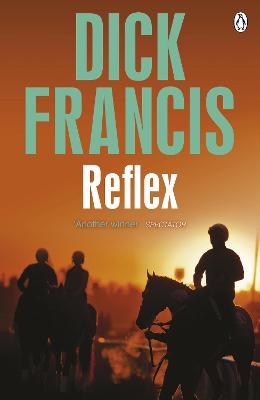 Jockey Philip Nore knows all too well what it's like to fall from a horse, to feel the wrath of owners and trainers, to not always be a winner. George Millace hated winners. As a photographer he specialized in exposing the failings of riders. Now he's dead - and no one seems very sorry. But after Millace's home is broken into, Nore finds something unexpected. Millace had other pictures - ones people are desperate to possess. Now Nore must discover who wants them - and fast. Because if George Millace's death was no accident then his killers are getting closer.

Other Editions - Reflex by Dick Francis » Have you read this book? We'd like to know what you think about it - write a review about Reflex book by Dick Francis and you'll earn 50c in Boomerang Bucks loyalty dollars (you must be a Boomerang Books Account Holder - it's free to sign up and there are great benefits!)