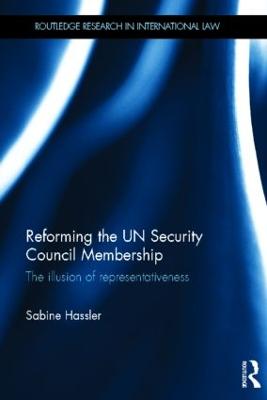 The illusion of representativeness

There have been many calls for changes to the membership of the United Nations Security Council over the past fifty years, and the Council is now, more than ever, seen as out of step with current realities. The continuing failure to reflect changing realities directly affects the perception of legitimacy of Council decisions and actions. Increasingly, the Council is seen as run by, and for the benefit of, a handful of states. With it being ever less representative of the present UN membership, calls for changes to Council size, composition and membership have become louder. Although expansion generally meets with favourable comments, discussions soon begin to revolve around maximum numbers and equity and whether enlargement should affect both non-permanent and permanent seats. The most controversial point, unsurprisingly, remains the permanent member status and whether these seats should be retained, added to or disbanded.
Discussions also get caught up in determining appropriate membership ratios and acceptable action thresholds with more cautious voices questioning whether enlargement to attain better representation could potentially debilitate the Council's effectiveness and efficiency. This book comprehensively examines the different proposals put forward for reforming the Security Council, analysing their objectives and exploring whether the implementation of their proposals would actually create a representative and more effective Security Council. The book places the discussion on reform of the Security Council membership in the context of its primary responsibility at the helm of the UN collective security system, considering issues such as the maintenance of international peace and security, humanitarian intervention and peacekeeping. It offers an inquiry into the Council's constitutional set-up and how far that set-up still reflects the expectations and intentions of the founding nations, whilst remaining flexible enough to satisfy today's, and possibly tomorrow's, membership.
Increasing dissatisfaction with the status quo calls for an inquiry into whether issues of composition and membership, voting powers and procedures constitute fundamental weaknesses that necessitate reform through UN Charter amendment, or whether adjustment in practice would be more constructive. The through the use of policy-oriented jurisprudence and elements of the International Law/International Relations theory this book examines both possibilities and explores how reform can best be realised. 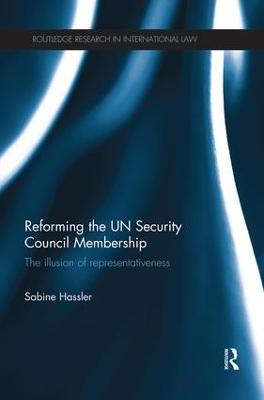 » Have you read this book? We'd like to know what you think about it - write a review about Reforming the UN Security Council Membership book by Sabine Hassler and you'll earn 50c in Boomerang Bucks loyalty dollars (you must be a Boomerang Books Account Holder - it's free to sign up and there are great benefits!)

Sabine Hassler is Lecturer in Law at the University of the West England, UK.

A Preview for this title is currently not available.
More Books By Sabine Hassler
View All