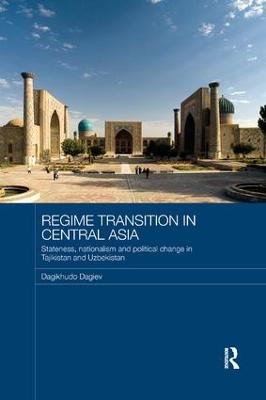 Stateness, Nationalism and Political Change in Tajikistan and Uzbekistan

Presenting a study of regime transition, political transformation, and the challenges that faced the post-Communist republics of Central Asia on independence, this book focuses on the process of transition in Tajikistan and Uzbekistan, and the obstacles that these newly-independent states are facing in the post-Communist period.

The book analyses how in the early stages of their independence, the governments of Central Asia declared that they would build democratic states, but that in practice, they demonstrated that they are more inclined towards authoritarianism. With the declaration of independence, Tajikistan and Uzbekistan, like many other former Soviet national republics, were faced with the issues of nationalism, ethnicity, identity and territorial delimitation. This book looks at how the discourse of patrimonial nationalism in post-Communist Tajikistan and Uzbekistan has been the elites' strategy to address all these issues: to maintain the stateness of their respective countries; to preserve the unity of their nation; to fill the ideological void of post-Communism; to prevent the rise of Islam; and to legitimize their authoritarian practice.

Arguing against the claim that the Central Asian states have undergone divergent paths of transition, the book discusses how they are in fact all authoritarian, although exhibiting different degrees of authoritarianism. This book provides a useful contribution to studies on Central Asian Politics and International Relations.

Other Editions - Regime Transition in Central Asia by Dagikhudo Dagiev 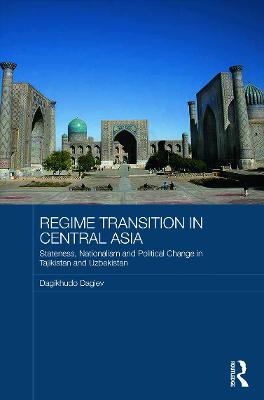 » Have you read this book? We'd like to know what you think about it - write a review about Regime Transition in Central Asia book by Dagikhudo Dagiev and you'll earn 50c in Boomerang Bucks loyalty dollars (you must be a Boomerang Books Account Holder - it's free to sign up and there are great benefits!)

Dagikhudo Dagiev is a Research Associate in the Department of Academic Research and Publications at the Institute of Ismaili Studies, UK. His research areas include contemporary societies in post-Communist Central Asia, their history and religion, the re-emergence of Islam as a faith, the appearance of Islamist ideologies, and nationalism.

A Preview for this title is currently not available.
More Books By Dagikhudo Dagiev
View All