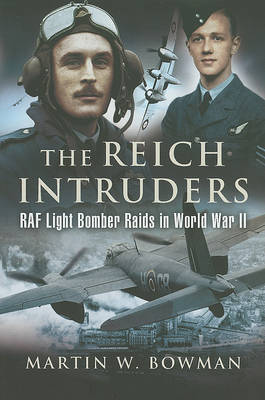 This is the story of 2 Group RAF during World War II. Much of it is told by the men who flew the Blenheim, Boston, Mitchell and Mosquito aircraft that carried out many daring daylight and night-time raids on vitally important targets in Nazi occupied Europe and Germany. These were not the famous thousand bomber raids that hit the wartime headlines, but low-level, fast-moving surprise raids flown by small formations of fleet-footed and skilfully piloted twin-engine light bombers. Their targets were usually difficult to locate and heavily defended because of their strategic importance to the Nazis. 2 Group also played a vital part in the invasion of Europe both before and after D-Day. Often they would fly at wave-top height across the English Channel or North Sea to avoid detection and then hedge-hop deep into enemy territory to deliver their precision attack. Enemy fighters and anti-aircraft fire were a constant risk. This is a remarkable story of skill and bravery by a little known branch of the RAF.

Other Editions - The Reich Intruders by Martin Bowman 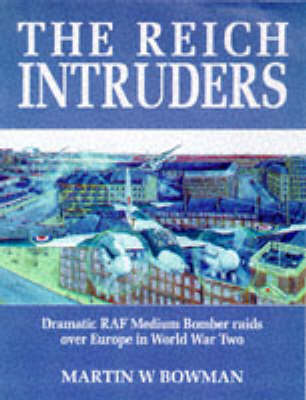 » Have you read this book? We'd like to know what you think about it - write a review about Reich Intruders book by Martin Bowman and you'll earn 50c in Boomerang Bucks loyalty dollars (you must be a Boomerang Books Account Holder - it's free to sign up and there are great benefits!)

Martin Bowman is one of Britain's leading aviation authors and has written many books on World War II aviation history. He lives in Norwich in Norfolk