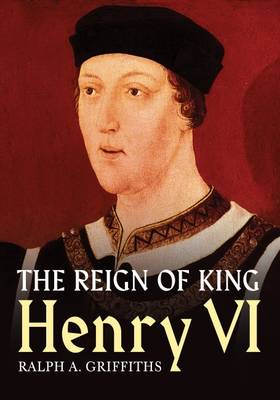 Description - Reign of Henry VI by Ralph A. Griffiths

Henry VI is the youngest monarch ever to have ascended the English throne and the only English king to have been acknowledged by the French as rightfully King of France. His reign was the third longest since the Norman conquest and he came close to being declared a saint. This masterly study, unparalleled in its informative detail, examines the entire span of the king's reign, from the death of Henry V in 1422, when Henry was only nine months old, to the period of his insanity at the beginning of the Wars of the Roses, his dethronement in 1461 and his murder ten years later. This classic re-assessment of the third Lancastrian king is essential reading for anyone interested in the history of fifteenth-century England. The third edition includes an additional chapter on recent research.

Book Reviews - Reign of Henry VI by Ralph A. Griffiths

» Have you read this book? We'd like to know what you think about it - write a review about Reign of Henry VI book by Ralph A. Griffiths and you'll earn 50c in Boomerang Bucks loyalty dollars (you must be a Boomerang Books Account Holder - it's free to sign up and there are great benefits!)

R. A. GRIFFITHS is Emeritus Professor of Medieval History at the University of Wales, Swansea. He is an established authority on the later medieval period, and is also the author (with R. S. Thomas) of The Making of the Tudor Dynasty.

A Preview for this title is currently not available.
More Books By Ralph A. Griffiths
View All