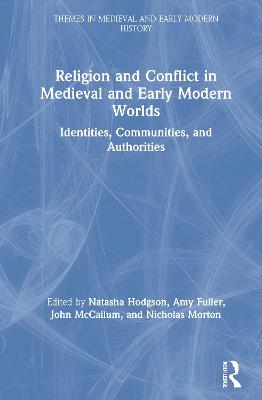 Religion and Conflict in Medieval and Early Modern Worlds: Identities, Communities and Authorities

This volume seeks to increase understanding of the origins, ideology, implementation, impact, and historiography of religion and conflict in the medieval and early modern periods.

The chapters examine ideas about religion and conflict in the context of text and identity, church and state, civic environments, marriage, the parish, heresy, gender, dialogues, war and finance, and Holy War. The volume covers a wide chronological period, and the contributors investigate relationships between religion and conflict from the seventh to eighteenth centuries ranging from Byzantium to post-conquest Mexico. Religious expressions of conflict at a localised level are explored, including the use of language in legal and clerical contexts to influence social behaviours and the use of religion to legitimise the spiritual value of violence, rationalising the enforcement of social rules. The collection also examines spatial expressions of religious conflict both within urban environments and through travel and pilgrimage.

With both written and visual sources being explored, this volume is the ideal resource for upper-level undergraduates, postgraduates, and researchers of religion and military, political, social, legal, cultural, or intellectual conflict in medieval and early modern worlds.

Other Editions - Religion and Conflict in Medieval and Early Modern Worlds: Identities, Communities and Authorities by Natasha Hodgson 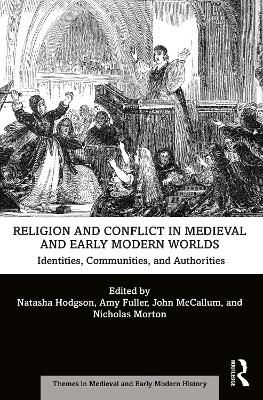 » Have you read this book? We'd like to know what you think about it - write a review about Religion and Conflict in Medieval and Early Modern Worlds: Identities, Communities and Authorities book by Natasha Hodgson and you'll earn 50c in Boomerang Bucks loyalty dollars (you must be a Boomerang Books Account Holder - it's free to sign up and there are great benefits!)


A Preview for this title is currently not available.
More Books By Natasha Hodgson
View All

Religion and Conflict in Medieval and Early Modern Worlds: Identities, Communities and Authorities
$73.25 $73.99