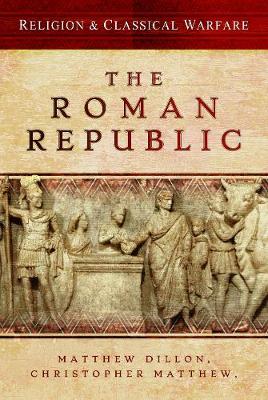 AUSTRALIAN AUTHORS Religion was integral to the conduct of war in the ancient world and the Romans were certainly no exception. No campaign was undertaken, no battle risked, without first making sacrifice to propitiate the appropriate gods (such as Mars, god of War) or consulting oracles and omens to divine their plans. Yet the link between war and religion is an area that has been regularly overlooked by modern scholars examining the conflicts of these times. This volume addresses that omission by drawing together the work of experts from across the globe. The chapters have been carefully structured by the editors so that this wide array of scholarship combines to give a coherent, comprehensive study of the role of religion in the wars of the Roman Republic. Aspects considered in depth will include: declarations of war; evocatio and taking gods away from enemies; dedications and ceremonies; the cult of the legionary eagle; the role of women in Republican warfare; omens and divination; live burials of people in times of military crisis; and the rituals of the Roman triumph. AUTHORS: Matthew Dillon is Professor of Classics and Ancient History at the University of New England, New South Wales, Australia. His previous works include Omens and Oracles. Divination in Ancient Greece (2017). Dr Christopher Matthew teaches at Australian Catholic University, New South Wales, Australia. He wrote A Storm of Spears (2012), made a new translation of Aelian's Tactics (2012) and co-edited Beyond the Gates of Fire (2013) (all published by Pen & Sword). 30 b/w illustrations

» Have you read this book? We'd like to know what you think about it - write a review about Religion & Classical Warfare: The Roman Republic book by Matthew Dillon and you'll earn 50c in Boomerang Bucks loyalty dollars (you must be a Boomerang Books Account Holder - it's free to sign up and there are great benefits!)


A Preview for this title is currently not available.
More Books By Matthew Dillon
View All

The Ancient Romans: History and Society from the Early Republic to the Death of Augustus
$226.80 $252.00