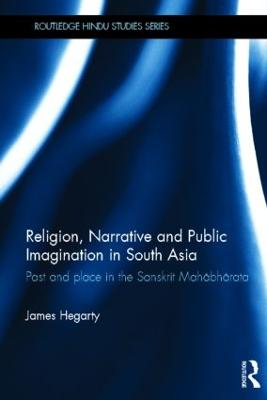 Past and Place in the Sanskrit Mahabharata

The Sanskrit Mahabharata is one of the greatest works of world literature and pivotal for the understanding of both Hindu traditions and wider society in ancient, medieval and modern South Asia. This book presents a new synthesis of philological, anthropological and cognitive-linguistic method and theory in relation to the study of narrative text by focusing on the form and function of the Mahabharata in the context of early South Asia.

Arguing that the combination of structural and thematic features that have helped to establish the enduring cultural centrality of religious narrative in South Asia was first outlined in the text, the book highlights the Mahabharata's complex orientation to the cosmic, social and textual past. The book shows the extent to which narrative is integral to human social life, and more generally the creation and maintenance of religious ideologies. It highlights the contexts of origin and transmission and the cultural function of the Mahabharata in first millennium South Asia and, by extension, in medieval and modern South Asiaby drawing on both textual and epigraphic sources. The book draws attention to what is culturally specific about the origination and transmission of early South Asian narrative and what can be used to enrich our orientation to narrative in human social life more globally.

Other Editions - Religion, Narrative and Public Imagination in South Asia by James Hegarty 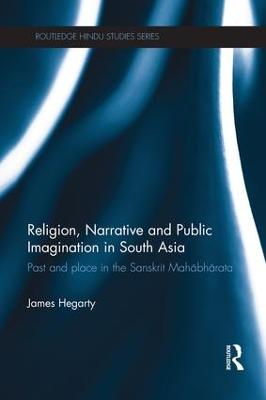 » Have you read this book? We'd like to know what you think about it - write a review about Religion, Narrative and Public Imagination in South Asia book by James Hegarty and you'll earn 50c in Boomerang Bucks loyalty dollars (you must be a Boomerang Books Account Holder - it's free to sign up and there are great benefits!)

James Hegarty is Senior Lecturer in Indian Religions at Cardiff University, UK. His primary research interest is in the role of religious narrative in the cultural and intellectual history of South Asia. He has published numerous papers on Sanskrit and vernacular narrative materials.

A Preview for this title is currently not available.
More Books By James Hegarty
View All