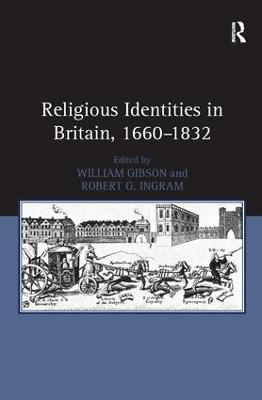 Through a series of studies focusing on individuals, this volume highlights the continued importance of religion and religious identity on British life throughout the long eighteenth century. From the puritan divine and scholar Roger Morrice, active at the beginning of the period, to Dean Shipley who died in the reign of George IV, the individuals chosen chart a shifting world of enlightenment and revolution whilst simultaneously reaffirming the tremendous influence that religion continued to bring to bear. For, whilst religion has long enjoyed a central role in the study of sixteenth- and seventeenth-century British history, scholars of religion in the eighteenth century have often felt compelled to prove their subject's worth. Sitting uneasily at the juncture between the early modern and modern worlds, the eighteenth century has perhaps provided historians with an all too convenient peg on which to hang the origins of a secular society, in which religion takes a back-seat to politics, science and economics. Yet, as this study makes clear, in spite of the undoubted innovations and developments of this period, religion continued to be a prime factor in shaping society and culture.
By exploring important connections between religion, politics and identity, and asking broad questions about the character of religion in Britain, the contributions put into context many of the big issues of the day. From the beliefs of the Jacobite rebels, to the notions of liberty and toleration, to the attitudes to the French Wars, the book makes an unambiguous and forceful statement about the centrality of religion to any proper understanding of British public life between the Restoration and the Reform Bill.

» Have you read this book? We'd like to know what you think about it - write a review about Religious Identities in Britain, 1660-1832 book by Robert G. Ingram and you'll earn 50c in Boomerang Bucks loyalty dollars (you must be a Boomerang Books Account Holder - it's free to sign up and there are great benefits!)

A Preview for this title is currently not available.
More Books By Robert G. Ingram
View All