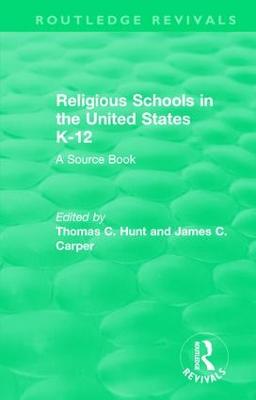 First published in 1993 this volume is an extension and revision of the 1986 book entitled Religious Schools in America: A Selected Bibliography. This new version contains additional annotated bibliographies of the various denominational schools as well as discussing governmental relation to each setting in the years from 1985 to 1992. This version also covers Greek Orthodox and Muslim schools that were not part of the previous volume and includes a chapter on the growth of home schooling which is often influenced by religion. Finally, unlike the previous edition, this book only considers religious schools, rather than the religious aspect or function of public schooling.

Each section includes a short chapter followed by an extensive annotated bibliography making it a useful source for anyone looking for information in the area.

Other Editions - Religious Schools in the United States K-12 (1993) by Thomas C. Hunt 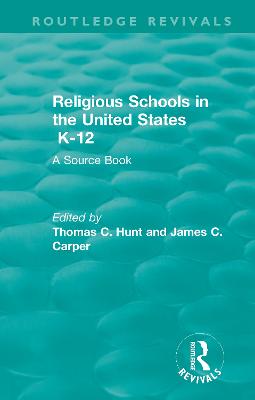 » Have you read this book? We'd like to know what you think about it - write a review about Religious Schools in the United States K-12 (1993) book by Thomas C. Hunt and you'll earn 50c in Boomerang Bucks loyalty dollars (you must be a Boomerang Books Account Holder - it's free to sign up and there are great benefits!)


A Preview for this title is currently not available.
More Books By Thomas C. Hunt
View All

Religious Colleges and Universities in America: A Selected Bibliography
$228.69 $231.00