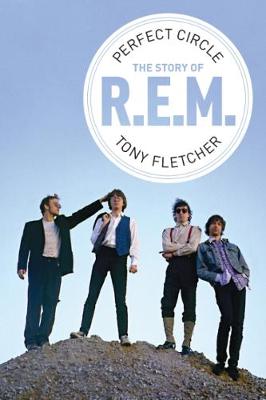 Formed in Athens, Georgia in 1980, R.E.M. released their first single, Radio Free Europe, in 1981. By the time the band broke up they had recorded fifteen studio albums, 63 singles, sold more than 85 million records, signed the biggest recording contract in music history, and were inducted into the Rock and Roll Hall of Fame in their first year of eligibility.

» Have you read this book? We'd like to know what you think about it - write a review about R.E.M. book by Tony Fletcher and you'll earn 50c in Boomerang Bucks loyalty dollars (you must be a Boomerang Books Account Holder - it's free to sign up and there are great benefits!)

Tony Fletcher is the bestselling author of major biographies on Keith Moon, the Smiths, and R.E.M., as well as a memoir, a novel, and a history of the New York City music scene. Born in northern England, and raised in South London, where he started his own music magazine, Jamming!, at the age of thirteen, he emigrated to New York City in the late 1980s. When not traveling with his family, he makes his home near Woodstock in the Catskill Mountains of upstate New York. A contributor to Salon and the Wall Street Journal, his writing has also appeared in Mojo, Rolling Stone, the New York Times, Spin, and Newsday, and he has contributed to a host of other publications, radio, and television shows worldwide.

A Preview for this title is currently not available.
More Books By Tony Fletcher
View All