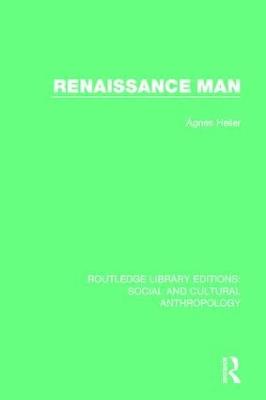 Considering such witnesses of the time as Shakespeare, Dante, Petrarch, Michelangelo, Machiavelli, Montaigne, More and Bacon, Agnes Heller looks at both the concept and the image of a Renaissance man. The concept was generalised and accepted by all; its characteristic features were man as a dynamic being, creating and re-creating himself throughout his life. The images of man, however, were very different, having been formed through the ideas and imagination of artists, politicians, philosophers, scientists and theologians and viewed from the different aspects of work, love, fate, death, friendship, devotion and the concepts of space and time. Renaissance Man thus stood as both as a leading protagonist of his time, one who led and formulated the substantial attitudes of his time, and as one who stood as a witness on the sidelines of the discussion. This book, first published in English in 1978, is based on the diverse but equally important sources of autobiographies, works of art and literature, and the writings of philosophers. Although she uses Florence as a starting point, Agnes Heller points out that the Renaissance was a social and cultural phenomenon common to all of Western Europe; her Renaissance Man is thus a figure to be found throughout Europe. 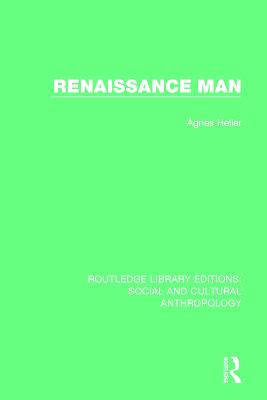 » Have you read this book? We'd like to know what you think about it - write a review about Renaissance Man book by Agnes Heller and you'll earn 50c in Boomerang Bucks loyalty dollars (you must be a Boomerang Books Account Holder - it's free to sign up and there are great benefits!)


A Preview for this title is currently not available.
More Books By Agnes Heller
View All