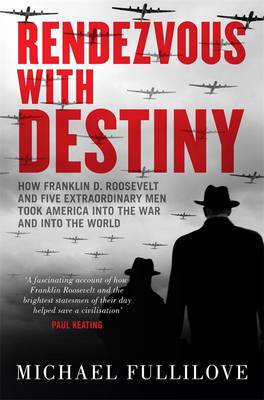 'From 1939 to 1941, with Europe at war and the United States strongly isolationist, Roosevelt sent five exceptional men to Europe as his personal envoys to assess, among other issues, America's role. Rendezvous With Destiny is a fascinating and well-written account of a little-known chapter that was crucial to the course of WWII and to America's global leadership.' Henry Kissinger

In the dark days between Hitler's invasion of Poland and the attack on Pearl Harbor, a group of highly unorthodox emissaries dispatched to Europe by President Franklin D. Roosevelt paved the way for America's entry into the war.

William 'Wild Bill' Donovan, war hero and future spymaster, visited an isolated United Kingdom to determine whether it could hold out against the Nazis.

Averell Harriman, banker and railroad heir, ran the massive aid program out of London, where he romanced Churchill's daughter-in-law.

Wendell Willkie, the charismatic former Republican presidential candidate, raised British morale and helped FDR to win over wary Americans to the cause.

Together, they shaped the future of America, the Second World War, and the modern world. Michael Fullilove restores Roosevelt's unlikely envoys to their proper place in history.

Rendezvous with Destiny is stirring and important history, written with the pace of a thriller.

'Rendezvous with Destiny reminds us that the great challenges of any age typically summon the unconventional; in this case, a President who was perhaps the most unconventional of all. Michael Fullilove has produced a fascinating account of how Franklin Roosevelt and the brightest statesmen of their day helped save a civilisation.' Paul Keating

'Fullilove proves these crucial figures were more than just the servants of the American Goliath's move from isolationism - they were shapers of destiny in their own right. And he achieves this with a gripping narrative power.' Thomas Keneally

Other Editions - Rendezvous With Destiny by Michael Fullilove 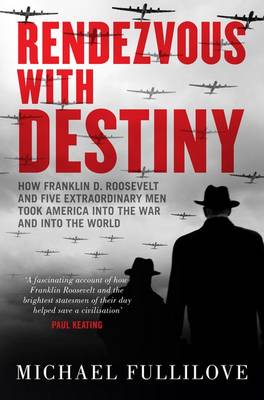 » Have you read this book? We'd like to know what you think about it - write a review about Rendezvous With Destiny book by Michael Fullilove and you'll earn 50c in Boomerang Bucks loyalty dollars (you must be a Boomerang Books Account Holder - it's free to sign up and there are great benefits!)

Michael Fullilove is the Executive Director of the Lowy Institute in Sydney and one of Australia's leading thinkers on international affairs. A Rhodes Scholar and former prime ministerial adviser, he writes widely for publications such as the Sydney Morning Herald, The Australian, the New York Times, Financial Times and Foreign Affairs. His previous books include Men and Women of Australia!- Our Greatest Modern Speeches (2014) and Rendezvous with Destiny- How Franklin D. Roosevelt and Five Extraordinary Men Took America into the War and into the World (2013), which was awarded the 2014 NSW Premier's Literary Award for Non-Fiction. His latest book is A Larger Australia- The ABC 2015 Boyer Lectures (2015).

A Preview for this title is currently not available.
More Books By Michael Fullilove
View All