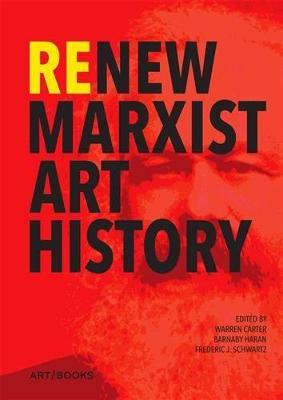 From the early decades of the 20th century until the 1980s, Marxist art history was at the forefront of radical approaches to the discipline. Some of the most influential names in the field were active proponents of Marxist thought: Frederick Antal, Max Raphael, Arnold Hauser, Meyer Schapiro, T. J. Clark, to name just a few. But in the last two decades of the century and into the next, Marxist art historians found themselves marginalized from the vanguard by the rise of postmodernism and identity politics, which began to dominate the subject. This came at a time when Marxism in general was itself increasingly perceived as outdated after the collapse of communism. But in the wake of the recent global crisis there has been a resurgence in interest in Marx, especially among younger generations. Similarly, many progressive art historians are once again recognizing the relevance of his ideas to their own practice. This collection of essays - a festschrift in honour of leading Marxist art historian Andrew Hemingway - brings together thirty academics who are reshaping art history along Marxist lines. Coming from the the United States, Britain, Europe and Asia, they apply Marx's theories to a wide range of arthistorical subjects. American art of the mid-nineteenth century; the rise of modernism in Weimar Germany; Mexican muralism; Situationism in 1960s Paris; and photography and contemporary art - these are just some of the areas considered through the lens of Marxism as it is understood today. And in the spirit of Marxism's long tradition of self-critique, the contributors also examine the shifting agendas and limitations of Marxist art history itself, acutely aware of the specific historical and political circumstances in which it is produced. As such, this book not only provides the very latest in Marxist art-historical writing, it also acts an essential introduction to one of the most vibrant and relevant forms of art history today - one that looks to the past but is also marked by an urgent sense of the present.

» Have you read this book? We'd like to know what you think about it - write a review about Re/New Marxist Art History book by Warren Carter and you'll earn 50c in Boomerang Bucks loyalty dollars (you must be a Boomerang Books Account Holder - it's free to sign up and there are great benefits!)


A Preview for this title is currently not available.
More Books By Warren Carter
View All