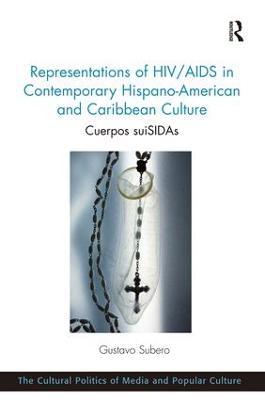 Representations of HIV/AIDS in Contemporary Hispano-American and Caribbean Culture

Exploring the mechanisms and strategies used in different cultures across Hispano-America and the Caribbean to narrativise, represent and understand HIV/AIDS as a social and human phenomenon, this book examines a wide range of cultural, artistic and media texts, as well as issues of human phenomenology, to understand the ways in which HIV positive individuals make sense of their own lives, and of the ways in which the rest of society sees them. Drawing on a variety of cultural texts from cinema, television, photography and literature, the author considers the manner in which contemporary cultural forms have shaped a body of public opinion in response to the social and cultural impact of HIV/AIDS, re-interpreting the condition in the light of advances in treatment. With attention to both the temporality and spatiality of production, this book examines whether heterosexual and homosexual, and masculine and feminine bodies are narrativised in the same manner, considering the question of whether representations foster discrimination of any kind. The book also asks whether representations across Latin America are homogenous or varied according to national, social or cultural context, and explores the commonalities between the representations of HIV/AIDS in Hispano-America and the Caribbean and other global narratives. A detailed study of the various representations of HIV/AIDS and the construction of public opinion, this book will appeal to scholars of cultural, media and film studies, the sociology of health, the body and illness, and Latin American and Caribbean Studies. 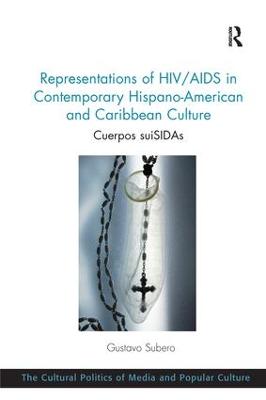 » Have you read this book? We'd like to know what you think about it - write a review about Representations of HIV/AIDS in Contemporary Hispano-American and Caribbean Culture book by Gustavo Subero and you'll earn 50c in Boomerang Bucks loyalty dollars (you must be a Boomerang Books Account Holder - it's free to sign up and there are great benefits!)

A Preview for this title is currently not available.
More Books By Gustavo Subero
View All

Representations of HIV/AIDS in Contemporary Hispano-American and Caribbean Culture
$85.49 $94.99