Media and Journalism in Australia Since World War

After more than half a century, the Israel-Palestine conflict continues to dominate headlines. But how has the coverage of Palestinians by foreign media changed? How did foreign correspondents influence the perception of Palestine amongst their audiences? And why is understanding this so important?
Based on extensive original research in the archives of Australia's oldest newspaper, Peter Manning shows how the Sydney Morning Herald portrayed Palestine during three key periods - the end of World War I (1917-8); the Nakba and the creation of Israel (1947-8); and 9/11 and its aftermath (2000-2). In the process, he takes the reader on a unique journey from the moment information was gathered on the ground in Palestine, through to its final processing and publication. Crucially, when correspondents neglected to write about Palestinians, their perspective never made it to readers and a space emerged for stereotyping and misunderstanding.
Manning reveals how the newspaper reported on key events such as Australian troops in Palestine and the Holocaust, but also how the newspaper failed to cover massacres and forced migrations. Combining close textual analysis of more than 10,000 articles with cutting-edge quantitative research methods, this book is important reading for anyone with an interest in how the print media has portrayed the conflict in Palestine - both in Australia and beyond. 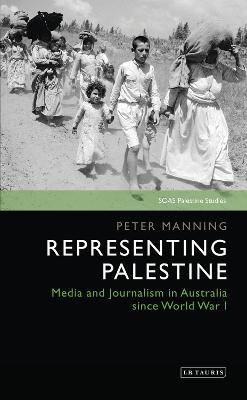 » Have you read this book? We'd like to know what you think about it - write a review about Representing Palestine book by Peter Manning and you'll earn 50c in Boomerang Bucks loyalty dollars (you must be a Boomerang Books Account Holder - it's free to sign up and there are great benefits!)

Peter Manning is a senior lecturer at the University of Technology, Sydney, where he also received his PhD in 2014. Before turning to academia, he was an investigative reporter, producer and then executive producer of Four Corners in the 1980s and head of ABC TV News and Current Affairs in the early 1990s, starting Lateline, Foreign Correspondent and Landline. He later went on to be head of Current Affairs at the Seven Network.

A Preview for this title is currently not available.
More Books By Peter Manning
View All

Transitional Justice and Memory in Cambodia
No Stock on Hand, Supplier Has No Due Date for Supply.
$245.70 $273.00

Transitional Justice and Memory in Cambodia: Beyond the Extraordinary Chambers
No Stock on Hand, Supplier Has No Due Date for Supply.
$73.79 $81.99