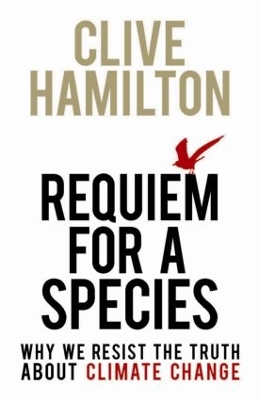 Requiem for a Species

Description - Requiem for a Species by Clive Hamilton

This book does not set out once more to raise the alarm to encourage us to take radical measures to head off climate chaos. There have been any number of books and reports in recent years explaining just how dire the future looks and how little time we have left to act.

This book is about why we have ignored those warnings, and why it is now too late. It is a book about the frailties of the human species as expressed in both the institutions we built and the psychological dispositions that have led us on the path of self-destruction. It is about our strange obsessions, our hubris, and our penchant for avoiding the facts. It is the story of a battle within us between the forces that should have caused us to protect the Earth - our capacity to reason and our connection to Nature - and those that, in the end, have won out - our greed, materialism and alienation from Nature. And it is about the 21st century consequences of these failures.

Clive Hamilton is author of the bestselling Affluenza and Growth Fetish, of Scorcher, and most recently Freedom Paradox.

Other Editions - Requiem for a Species by Clive Hamilton 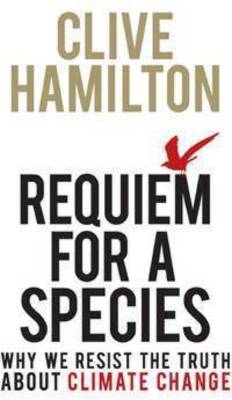 Book Reviews - Requiem for a Species by Clive Hamilton

» Have you read this book? We'd like to know what you think about it - write a review about Requiem for a Species book by Clive Hamilton and you'll earn 50c in Boomerang Bucks loyalty dollars (you must be a Boomerang Books Account Holder - it's free to sign up and there are great benefits!)

Clive Hamilton is professor of public ethics at the Centre for Applied Philosophy and Public Ethics based at the Australian National University. For 14 years until early 2008 he was the executive director of Australia's foremost progressive think tank. He has held visiting academic positions at the University of Cambridge and Yale University.

A Preview for this title is currently not available.
More Books By Clive Hamilton
View All

Hidden Hand: Exposing How The Chinese Communist Party Is Reshaping The World
$26.39 $32.99