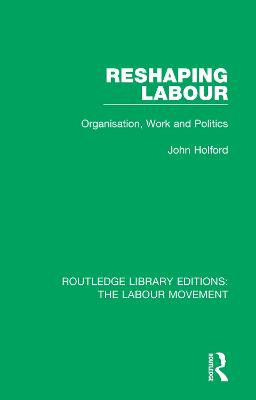 First published in 1988. In a few short years during and just after the Great War, the Labour Party and the trade unions established themselves firmly at the centre of the British political and industrial scene. But at the same time, the politics and organisation of both Labour and unions were reshaped.

This is a grass-roots study of a key period in the building of Labour's political and industrial base. It is a study of how unions and Labour were organised and motivated to seize their moments of destiny - and of how a new political industrial movement was limited by the common-sense of the age in which it was born. It is a study of shifting support for various Labour and Communist political and industrial strategies - of the pressures and struggles which reshaped the movement, stamping on it the character we know today. And it is a study of how labour - at work and in the community - responded to war, to prosperity, to depression. 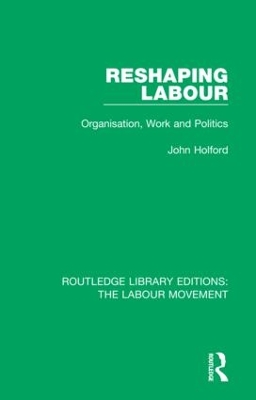 » Have you read this book? We'd like to know what you think about it - write a review about Reshaping Labour: Organisation, Work and Politics book by John Holford and you'll earn 50c in Boomerang Bucks loyalty dollars (you must be a Boomerang Books Account Holder - it's free to sign up and there are great benefits!)


A Preview for this title is currently not available.
More Books By John Holford
View All