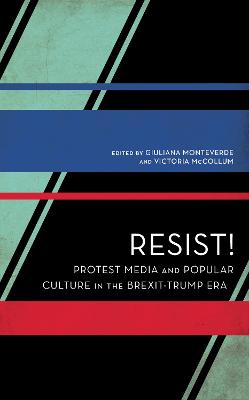 Resist!: Protest Media and Popular Culture in the Brexit-Trump Era

Resist! pays close attention to popular culture; it examines the political ramifications of Kanye West's support of Donald Trump, the significance of Aaron Sorkin's language to American political discourse, and the casting of female emotion as a political force in House of Cards and The Handmaid's Tale. In doing so, the collection traverses the formal world of 'the political' as it relates to presidential elections and referenda, while emphasising the sociocultural and political significance of popular texts which have played a critical role in exploring, critiquing and shaping culture in the twenty first century.

Popular culture is often considered trivial or irrelevant to more pressing political concerns, and celebrities are often reprimanded for their forays into the political sphere. Resist! pays close attention to texts that are too often excluded when we think about politics, and explores the cultural and political fall-out of a reality TV president and a divisive public vote on increasingly connected global audiences. In examining the cultural politics of popular media, this collection is inherently interdisciplinary, and the chapters utilise methods and analysis from a range of social science and humanities disciplines. Resist! is both creative and timely, and offers a crucial examination of a fascinating and frightening political and cultural moment.

Other Editions - Resist!: Protest Media and Popular Culture in the Brexit-Trump Era by Giuliana Monteverde 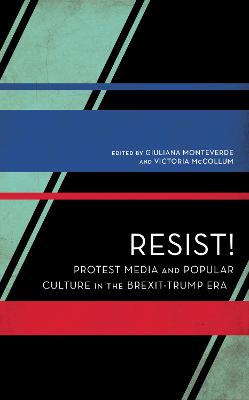 » Have you read this book? We'd like to know what you think about it - write a review about Resist!: Protest Media and Popular Culture in the Brexit-Trump Era book by Giuliana Monteverde and you'll earn 50c in Boomerang Bucks loyalty dollars (you must be a Boomerang Books Account Holder - it's free to sign up and there are great benefits!)


A Preview for this title is currently not available.
More Books By Giuliana Monteverde
View All