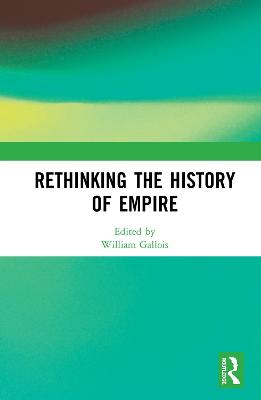 Rethinking the History of Empire

Description - Rethinking the History of Empire by William Gallois

This book forms part of the scholarly rejection of the 'experts' of empire and calls for us to centre our understanding of colonial praxis upon the lives of the colonised peoples of the past and the present.

Western publics are constantly being told by 'experts' that they ought to rethink the history of empire. They are told that their (presumed) guilt regarding their countries' imperial pasts can be assuaged: if people were only able to deploy a 'balanced scorecard' they would then recognise that imperialists brought roads as well as death, schools as well as national borders, and hospitals as well as racialised forms of ethnic conflict. Building around an essay by the Algerian writer Hosni Kitouni (here translated into English for the first time), this book shows how the genre and forms of imperial history mirror the actions of colonists and the documents they left behind, erasing the suffering of indigenous people and the after-effects of empire, which last into the present and will continue into the future.

This book was originally published as a special issue of Rethinking History.

Book Reviews - Rethinking the History of Empire by William Gallois

» Have you read this book? We'd like to know what you think about it - write a review about Rethinking the History of Empire book by William Gallois and you'll earn 50c in Boomerang Bucks loyalty dollars (you must be a Boomerang Books Account Holder - it's free to sign up and there are great benefits!)


A Preview for this title is currently not available.
More Books By William Gallois
View All