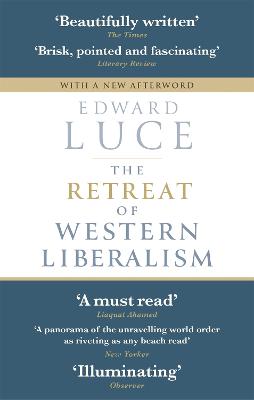 The Retreat of Western Liberalism

Description - The Retreat of Western Liberalism by Edward Luce

'A panorama of the unravelling world order as riveting as any beach read' New Yorker'Read this book: in the three hours it takes you will get a new, bracing and brilliant understanding of the dangers we in the democratic West now face. Luce is one of the smartest journalists working today, and his perceptions are priceless' Jane Mayer, staff writer on the New Yorker'No one was more prescient about the economic malaise and popular resentment that has hit the United States than Ed Luce in his previous book, Time to Start Thinking. His new book, Retreat of Western Liberalism, broadens that picture to cover the Western world. It is a must read for anyone trying to make sense of the waves of populism and nationalism we face today' Liaquat AhamedIn his widely acclaimed book Time to Start Thinking, Financial Times columnist and commentator Edward Luce charted the course of American economic and geopolitical decline, proving to be a prescient voice on our current social and political turmoil.In The Retreat of Western Liberalism, Luce makes a larger statement about the weakening of western hegemony and the crisis of democratic liberalism - of which Donald Trump and his European counterparts are not the cause, but a symptom. Luce argues that we are on a menacing trajectory brought about by ignorance of what it took to build the West, arrogance towards society's losers, and complacency about our system's durability - attitudes that have been emerging since the fall of the Berlin Wall, treated by the West as an absolute triumph over the East. We cannot move forward without a clear diagnosis of what has gone wrong. Luce contrasts Western democratic and economic ideals, which rest on an assumption of linear progress, with more cyclical views of economic strength - symbolized by the nineteenth-century fall and present-day rise of the Chinese and Indian economies - and with the dawn of a new multipolar age.Combining on-the-ground reporting with intelligent synthesis of the vast literature already available, Luce offers a detailed projection of the consequences of the Trump administration and a forward-thinking analysis of what those who believe in enlightenment values must do to defend them from the multiple onslaughts they face in the coming years.

Other Editions - The Retreat of Western Liberalism by Edward Luce 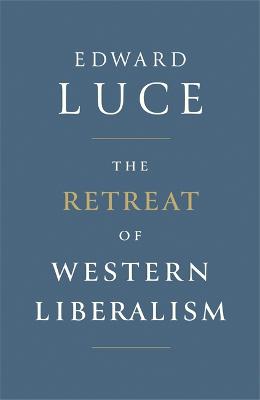 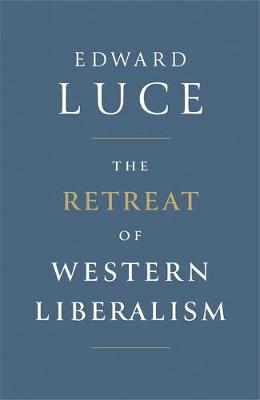 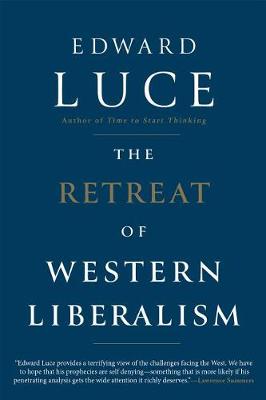 Book Reviews - The Retreat of Western Liberalism by Edward Luce

» Have you read this book? We'd like to know what you think about it - write a review about Retreat of Western Liberalism book by Edward Luce and you'll earn 50c in Boomerang Bucks loyalty dollars (you must be a Boomerang Books Account Holder - it's free to sign up and there are great benefits!)

A Preview for this title is currently not available.
More Books By Edward Luce
View All