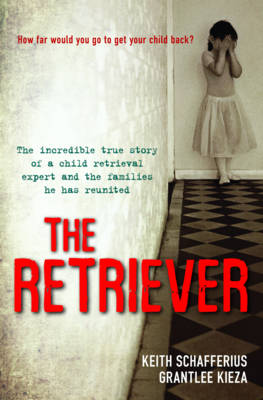 Description - The Retriever by Keith Schafferius

The controversial and incredible story of the Australian private investigator who retrieves children illegally abducted by one of their own parents. A compelling mix of true crime, thriller and memoir that no parent should miss. HOW FAR WOULD YOU GO tO GEt YOUR CHILD BACK?Clandestine meetings with CIA contacts, forged passports, the threat of being thrown in jail - all are part of a day's work for the Australian private investigator who has reunited over a hundred abducted children with the desperate parent left behind.Australia has the highest per capita rate of parental child abductions in the world, with about 150 Australian children abducted each year, according to official figures. For more than three decades, Keith Schafferius has specialised in child retrieval cases, slipping into countries like Poland, Yemen and the Philippines to retrieve children taken overseas against court orders after the breakup of their parents' marriage. Over the years Keith has built up a vast array of contacts, paid thousands of dollars in bribes to officials, been on international wanted lists and found himself in many scary situations, including being shot at and pursued by police. this is Keith's remarkable, at times heart-rending, story - of his background as an airforceman and ASIO spy, and of the incredible and often unbelievable retrieval missions that have taken him to all parts of the world in his bid to reunite families torn apart by parental child abduction.

» Have you read this book? We'd like to know what you think about it - write a review about Retriever book by Keith Schafferius and you'll earn 50c in Boomerang Bucks loyalty dollars (you must be a Boomerang Books Account Holder - it's free to sign up and there are great benefits!)