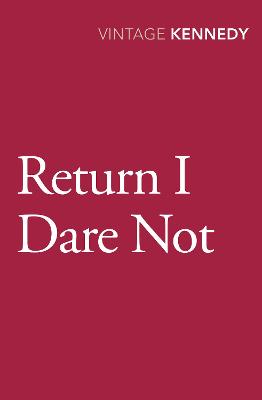 Return I Dare Not

Description - Return I Dare Not by Margaret Kennedy

'She is not only a romantic but an anarchist, and she knows the ways of men and women very well indeed' Anita BrooknerHugo Potts is a successful London playwright enjoying his moment of notoriety. Adored by critics and pursued by women, he's the darling of the literary scene. But his public personae is exactly that - a personae - and he works exhaustedly day and night to portray the person the public expect him to be. One weekend he attends a party at a country house alongside the most important publishers and writers of the time. It's an opportunity, of course, to meet interesting women. But over the course of the weekend he finds himself scorned by one, and unexpectedly profoundly understood by another, and his values and everything he's held to be important abruptly come into question.

Book Reviews - Return I Dare Not by Margaret Kennedy

» Have you read this book? We'd like to know what you think about it - write a review about Return I Dare Not book by Margaret Kennedy and you'll earn 50c in Boomerang Bucks loyalty dollars (you must be a Boomerang Books Account Holder - it's free to sign up and there are great benefits!)