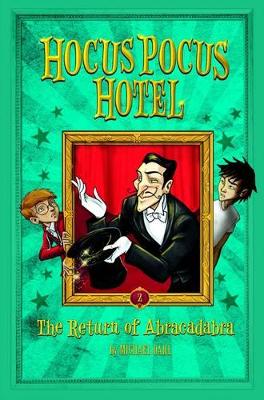 The Return of Abracadabra

Description - The Return of Abracadabra by Michael Dahl

After fifty years the master magician Abracadabra has returned. But so has his greatest rival - the Great and Powerful Theopolis. In this second book in Michael Dahl's masterful mystery series nothing is what it seems...and magic waits through every doorway.

Other Editions - The Return of Abracadabra by Michael Dahl 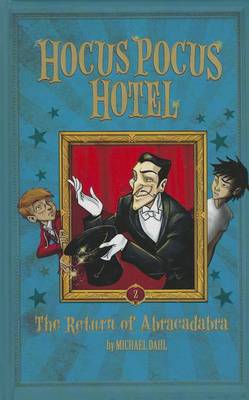 Book Reviews - The Return of Abracadabra by Michael Dahl

» Have you read this book? We'd like to know what you think about it - write a review about Return of Abracadabra book by Michael Dahl and you'll earn 50c in Boomerang Bucks loyalty dollars (you must be a Boomerang Books Account Holder - it's free to sign up and there are great benefits!)

Michael Dahl is the prolific author of the bestselling Goodnight, Baseball picture book and more than 200 other books for children and young adults. He has won the AEP Distinguished Achievement Award three times for his nonfiction, a Teacher's Choice award from Learning magazine, and a Seal of Excellence from the Creative Child Awards. And he has won awards for his board books for the earliest learners, Duck Goes Potty and Bear Says "Thank You!" Dahl has written and edited numerous graphic novels for younger readers, authored the Library of Doom adventure series, the Dragonblood books, Trollhunters, and the Hocus Pocus Hotel mystery/comedy series. Dahl has spoken at schools, libraries, and conferences across the US and the UK, including ALA, AASL, IRA, and Renaissance Learning. He currently lives in Minneapolis, Minnesota in a haunted house. Lisa K. Weber has been making art for kid's books, comics, and cartoons since graduating from Parsons School of Design in 2000. Her whimsically twisted illustrations have appeared in several publications, including The Ogre of Oglefort, and The Sisters 8, both Junior Library Guild selections, as well as The Bremen Town Musicians and the Hocus Pocus Hotel series from Capstone. She has contributed character designs and storyboards for Nickelodeon, Curious Pictures, and PBS Kids. Lisa currently lives and works in Los Angeles, California.