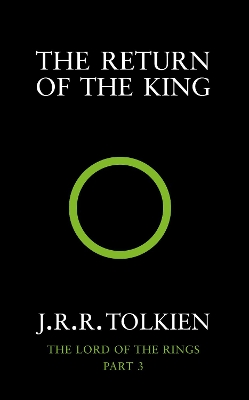 The Return of the King

Description - The Return of the King by J. R. R. Tolkien

Concluding the story of The Hobbit, this is the final part of Tolkien's epic masterpiece, The Lord of the Rings, featuring a striking black cover based on Tolkien's own design, the definitive text, and a detailed map of Middle-earth.
The armies of the Dark Lord Sauron are massing as his evil shadow spreads even wider. Men, Dwarves, Elves and Ents unite forces to do battle against the Dark. Meanwhile, Frodo and Sam struggle further into Mordor, guided by the treacherous creature Gollum, in their heroic quest to destroy the One Ring...

JRR Tolkien's great work of imaginative fiction has been labelled both a heroic romance and a classic fantasy fiction. By turns comic and homely, epic and diabolic, the narrative moves through countless changes of scene and character in an imaginary world which is totally convincing in its detail. Tolkien created a vast new mythology in an invented world which has proved timeless in its appeal.

Part of a set of three paperbacks, this popular edition is once again available in its classic black livery designed by Tolkien himself.

Other Editions - The Return of the King by J. R. R. Tolkien 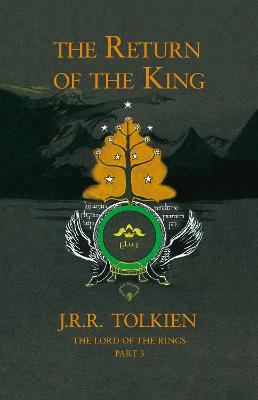 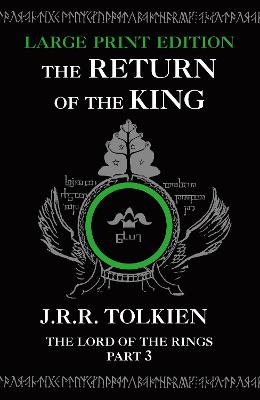 Book Reviews - The Return of the King by J. R. R. Tolkien

» Have you read this book? We'd like to know what you think about it - write a review about Return of the King book by J. R. R. Tolkien and you'll earn 50c in Boomerang Bucks loyalty dollars (you must be a Boomerang Books Account Holder - it's free to sign up and there are great benefits!)

J.R.R.Tolkien (1892-1973) was a distinguished academic, though he is best known for writing 'The Hobbit', 'The Lord of the Rings' and 'The Silmarillion', plus other stories and essays. His books have been translated into over 40 languages and have sold many millions of copies worldwide.