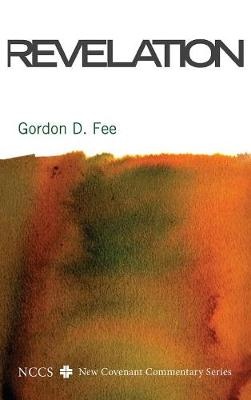 Revelation is a book that many Christians find confusing due to the foreign nature of its apocalyptic imagery. It is a book that has prompted endless discussions about the ""end times"" with theological divisions forming around epicenters such as the rapture and the millennium. In this book, award winning author Gordon Fee attempts to excavate the layers of symbolic imagery and provide an exposition of Revelation that is clear, easy to follow, convincing, and engaging. Fee shows us how John's message confronts the world with the Revelation of Jesus Christ so that Christians might see themselves as caught up in the drama of God's triumph over sin, evil, and death. Fee draws us into the world of John and invites us to see the world through John's eyes as the morbid realities of this world have the joyous realities of heaven cast over them. In this latest installment in the New Covenant Commentary Series we see one of North America's best evangelical exegetes at his very best. ""Gordon Fee has trained a generation of scholars and pastors in the art of biblical interpretation. In this volume, this master exegete applies his skills to guide the reader through one of the most often misunderstood books of the New Testament. Fee writes a commentary on Revelation--not a commentary on commentaries on Revelation--that provides an engaging, readable exposition of this text that lay persons will find immediately accessible. His personality shines through on every page, so that the reader does not merely encounter 'material, ' but also the faithful teacher behind the material. Fee's personal involvement in the translation of the NIV 2011 makes this volume particularly valuable as a commentary on this English version."" --David A. deSilva Trustees' Distinguished Professor of New Testament and Greek Ashland Theological Seminary Gordon D. Fee is Professor Emeritus at Regent College in Vancouver, Canada. He received BA and MA degrees from Seattle Pacific University and was ordained in the Assemblies of God church in 1959. Fee earned his doctorate from the University of Southern California in 1966. He is the author of several volumes including First Epistle to the Corinthians, Paul's Letter to the Philippians, and The First and Second Letters to the Thessalonians in the NICNT series as well as several other volumes such as God's Empowering Presence, Pauline Christology, and New Testament Exegesis.

» Have you read this book? We'd like to know what you think about it - write a review about Revelation book by Dr Gordon D Fee and you'll earn 50c in Boomerang Bucks loyalty dollars (you must be a Boomerang Books Account Holder - it's free to sign up and there are great benefits!)


A Preview for this title is currently not available.
More Books By Dr Gordon D Fee
View All