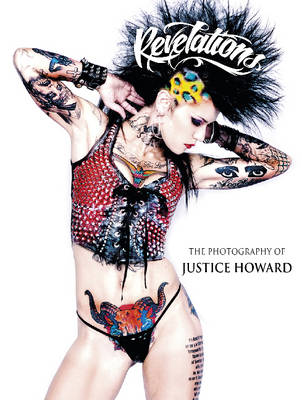 The Photography of Justice Howard

Tattoo photography pioneer Justice Howard documents the American tattoo community with her highly iconic images. Howard effortlessly captures the essence of her subjects' triumphs, as well as their frailties. Her images enhance both the male and female physical forms, highlighting their strengths and prowess, and expose hidden elements of the human condition in all its kaleidoscopic beauty. Gracing the pages of this graphic dossier are fifty-two models, including Malice, Xanthia Pink, Dejah Garcia, Christine Fury, Mia Taylor, and Amelia Nightmare. Tattoo artist luminaries, such as Mark Mahoney, Freddy Negrete, Rick Walters, Corey Miller, Kari Barba, and Robert Atkinson also make appearances, as well as rock gods Evan Seinfeld and Dave Navarro, Sons of Anarchy actor Rusty Coones, Black Veil Brides, Diego Verduzco, and UFC champion Kimo Leopoldo. In front of Justice's lens, these figures appear quite capable of escaping from the pages and conquering the world by storm. AUTHOR: Among the pack of internationally renowned photographers, there has arisen an Alpha Female: Justice Howard. Having made great strides throughout her career, she has finally reached the heights of her predecessors Herb Ritts, Robert Mapplethorpe, Helmut Newton sinking her eye teeth in and making her own distinct mark in the industry. As the originator of the "Tattoo Model" genre, Howard's art has become the standard of tattoo photography. Her classic photography, in both colorbomb and black and white, has captured some of entertainment's top iconic entities, who bear all for her camera. Marilyn Manson, Billy Idol, Dave Navarro, Willie Nelson, Waylon Jennings, and Dick Dale are just a handful of the celebrities that have spent time in front of Howard's lens. 300+ colour

» Have you read this book? We'd like to know what you think about it - write a review about Revelations book by Justice Howard and you'll earn 50c in Boomerang Bucks loyalty dollars (you must be a Boomerang Books Account Holder - it's free to sign up and there are great benefits!)

Justice Howard has been called the "edgy Annie Liebovitz. Internationally acclaimed for her works in over 25 countries, with several anthologies and successful art gallery exhibitions, she has proven herself as a force to be reckoned with.

A Preview for this title is currently not available.
More Books By Justice Howard
View All 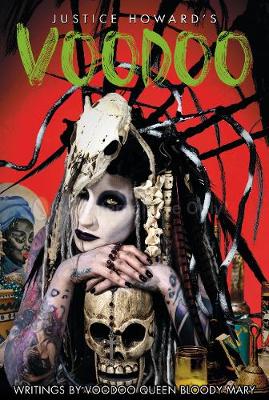