The Arab Spring and Beyond

Providing an account of the recent revolutions or reform movements that constituted part of the Arab Spring, this book focuses on these transformative processes in a North African context.

Whilst the longer term outcomes of the Arab Spring revolts are not entirely clear, the revolutionary or reform processes in North Africa are further along than the events taking place in Levant or the Arabian Peninsula, elections having now been held in the post-revolutionary/ post-revolt states. Understanding and examining North African events has become critical as the countries in question are part of Mare Nostrum; events in North Africa inevitably have effects in Europe. Using examples from Tunisia, Egypt, Libya, Morocco and Algeria, Revolution, Revolt and Reform in North Africa provides an insider scholar's account of these recent revolutions or reform movements.

One of the first attempts at undertaking an analysis of possible transitions to democracy in the region, this book is a valuable resource for students and researchers with an interest in the Middle East, Political Science or contemporary affairs in general.

Other Editions - Revolution, Revolt and Reform in North Africa by Ricardo Laremont 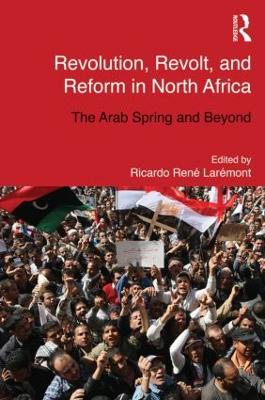 » Have you read this book? We'd like to know what you think about it - write a review about Revolution, Revolt and Reform in North Africa book by Ricardo Laremont and you'll earn 50c in Boomerang Bucks loyalty dollars (you must be a Boomerang Books Account Holder - it's free to sign up and there are great benefits!)

Ricardo Laremont is Professor of Political Science and Sociology SUNY, Binghamton. His recent publications include: Islamic Law and Politics in Northern Nigeria; Islam and the Politics of Resistance in Algeria, 1783-1992; The Causes of War and the Consequences of Peacekeeping in Africa; and Borders, Nationalism, and the African State.

A Preview for this title is currently not available.
More Books By Ricardo Laremont
View All