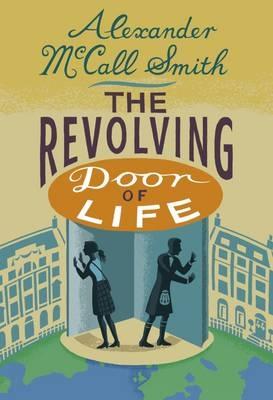 The Revolving Door of Life

Description - The Revolving Door of Life by Alexander McCall Smith

Once more, we catch up with the delightful goings-on in the fictitious 44 Scotland Street from Alexander McCall Smith. With customary charm and deftness, Alexander McCall Smith gives us another instalment in this popular series, now running in its ninth season in The Scotsman. Anything could happen to Bertie and the gang...

Other Editions - The Revolving Door of Life by Alexander McCall Smith 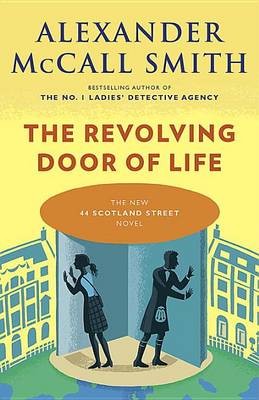 » Have you read this book? We'd like to know what you think about it - write a review about Revolving Door of Life book by Alexander McCall Smith and you'll earn 50c in Boomerang Bucks loyalty dollars (you must be a Boomerang Books Account Holder - it's free to sign up and there are great benefits!)

“On the other side of the room, from the windows facing north, a view of the city revealed itself: spiky rooftops, stone crenellations, angled expanses of dark-grey slate, all touched with gold by the evening sun. His artist’s eye caught the view and made him stop for a moment where he was, half way across the room, and stare at what he saw. And for a moment he felt a strong sense of delight in belonging to this place, this city that vouchsafed to those who lived there, and to those who came in pilgrimage, sudden visions of such exquisite fragile beauty that the heart might feel it must stop”

The Revolving Door of Life is the tenth book in the popular Scotland Street series by British author, Alexander McCall Smith, and in it, the lives of the residents of 44 Scotland Street and those of their friends are, once again, updated for the continuing enjoyment of series fans. So we learn that: Pat MacGregor is worried about her father, and turns to an unexpected quarter for help; In their recently purchased home, Matthew and Elspeth make an unexpected discovery which presents Matthew with an ethical dilemma; and with Irene Pollock still in a Bedouin Sheikh’s harem in the Persian Gulf, life for the Pollock males has improved significantly; young Bertie is especially pleased at his paternal grandmother’s continued presence, and even Ulysses is not vomiting quite as often.

Angus and Domenica are enjoying married life; Big Lou makes a few significant changes in her life; Bruce discovers the discomfort of unwanted attentions and, once again, confirms his own elevated self-regard; the Duke of Johannesburg and major upheavals occur within the Association of Scottish Nudists. While Bertie is undoubtedly the star of this series (his bald honesty is such a delight), it would be much the poorer without Bruce, the consummate narcissist with his irritating nickname habit.

As always, characters reflect on, or expostulate on a variety of subjects: pointless trams, hand sanitiser, the difficulty of parking a car in Edinburgh’s New Town, B-list celebrities, vitamin D deficiency, Scotland’s diet, hoarding, female friendships and bromances, the utility of antimacassars, and maleness. Matthew explains the unwritten rules governing gifts to be brought when one is invited to a party or dinner. Blue jeans, a new kilt, and a sporran make a certain young person very happy. Matthew muses on comforting an employee: “That, he realised, was impermissible: we could no longer put our arms around others to comfort them. The most natural of human reactions – to embrace, to touch in sympathy – had now been forbidden by lecturing moralists who had interdicted ordinary tactile reactions and put in their place a cold rectitude”. The Duke of Johannesburg comments on our self-aborbedness: “You remember me, perhaps. Or perhaps not; it’s so easy to forget that although we’re at the centre of our own world, we are often only on the periphery of the world of others”.

There are plenty of laugh-out-loud moments, and charming (and sometimes quite humorous) illustrations are provided by Iain McIntosh. Readers will look forward to the next instalment in this wonderful series.