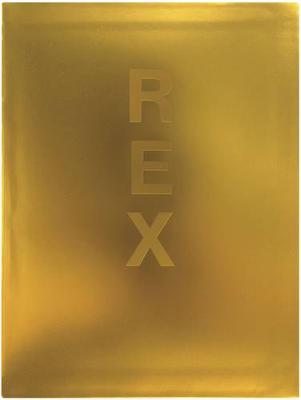 The setting is Flint, Michigan. A town infamous for poverty and crime. At the centre of this story are two sisters. Claressa is older than Briana by eighteen months. Like most people in Flint, the two girls grew up tough. Their dad was in jail for the first half of their lives. Their mother battles with substance abuse. In a sad sense, a typical Flint upbringing. Except for one difference. When she was eleven, Claressa went to the local boxing gym and started training. Nine years later, she is the first woman to win the Gold Medal in Women's Boxing at the Olympics. Now Claressa is twenty and is training to go back to the Olympics in 2016. She is moving away from Flint to focus on her career. Through boxing, Claressa found a way out of Flint. On the other hand, Briana is stuck in Flint. Briana is Claressa without boxing. Trouble just finds her. Fights. Drugs. Sex. She never finished high school and she is raising her two-year old son while his father is in jail. But Briana is no martyr. And she's not pitiful. She's tough, charismatic and street-wise.

» Have you read this book? We'd like to know what you think about it - write a review about Rex book by Zackary Canepari and you'll earn 50c in Boomerang Bucks loyalty dollars (you must be a Boomerang Books Account Holder - it's free to sign up and there are great benefits!)

Zackary Canepari (b.1979, USA) is an independent photographer and filmmaker. Zackary's career began in India/Pakistan in 2007, working as a photojournalist for a handful of editorial clients and non-profits and becoming a member of Panos Pictures in London. In 2010, Zackary teamed with filmmaker Drea Cooper and launched "California is a place," a documentary film series about California which screened at a number of international festivals including Sundance and IDFA. Together their first feature documentary "T-Rex," about Olympic boxer Claressa "T-Rex" Shields, premiered at SXSW in March 2015 and will be featured on PBS in 2016. The duo recently finished another short documentary film series titled "Robotica" for The New York Times, which is also screening at film festivals this summer. Currently, Zackary is working in Flint, Michigan on an interactive web series called "Flint is a place."