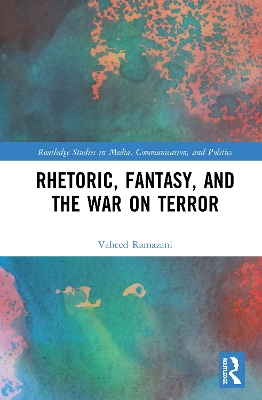 Rhetoric, Fantasy, and the War on Terror

Description - Rhetoric, Fantasy, and the War on Terror by Vaheed Ramazani

The book argues that these discourses motivate, and are motivated by, a myth of imminent harm that purportedly justifies a series of "preemptive" measures such as war, torture, and targeted killing, as well as an array of intrusive domestic security procedures such as profiling and mass surveillance. Dominant themes include selective compassion in the mainstream media, the language of war and the sacrificial sublime, asymmetrical warfare and the nostalgia for total war, weaponized drones and just war theory, and the role of American exceptionalism in normalizing endless war.

Scholars and students alike will take interest in this original contribution to the fields of cultural studies, psychoanalysis, media studies, rhetoric, critical international relations, and international humanitarian law and ethics.

Book Reviews - Rhetoric, Fantasy, and the War on Terror by Vaheed Ramazani

» Have you read this book? We'd like to know what you think about it - write a review about Rhetoric, Fantasy, and the War on Terror book by Vaheed Ramazani and you'll earn 50c in Boomerang Bucks loyalty dollars (you must be a Boomerang Books Account Holder - it's free to sign up and there are great benefits!)