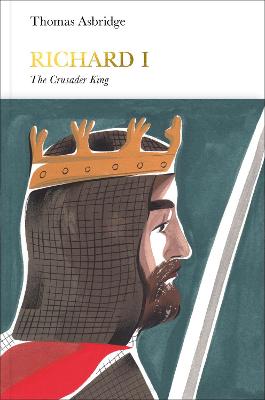 Richard I's reign is both controversial and seemingly contradictory. One of England's most famous medieval monarchs and a potent symbol of national identity, he barely spent six months on English soil during a ten-year reign and spoke French as his first language. Contemporaries dubbed him the 'Lionheart', reflecting a carefully cultivated reputation for bravery, prowess and knightly virtue, but this supposed paragon of chivalry butchered close to 3,000 prisoners in cold blood on a single day. And, though revered as Christian Europe's greatest crusader, his grand campaign to the Holy Land failed to recover the city of Jerusalem from Islam.

Seeking to reconcile this conflicting evidence, Thomas Asbridge's incisive reappraisal of Richard I's career questions whether the Lionheart really did neglect his kingdom, considers why he devoted himself to the cause of holy war and asks how the memory of his life came to be interwoven with myth. Richard emerges as a formidable warrior-king, possessed of martial genius and a cultured intellect, yet burdened by the legacy of his dysfunctional dynasty and obsessed with the pursuit of honour and renown.

Other Editions - Richard I (Penguin Monarchs) by Thomas Asbridge 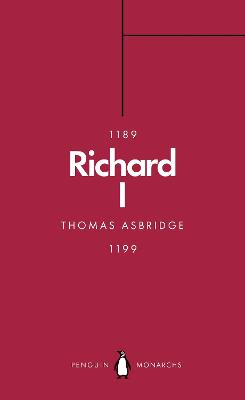 » Have you read this book? We'd like to know what you think about it - write a review about Richard I (Penguin Monarchs) book by Thomas Asbridge and you'll earn 50c in Boomerang Bucks loyalty dollars (you must be a Boomerang Books Account Holder - it's free to sign up and there are great benefits!)

Thomas Asbridge is a historian of the Middle Ages specializing in the study of the crusades, knighthood and chivalry, and is Reader in Medieval History at Queen Mary, University of London. He is the author of The Crusades: The War for the Holy Land, The First Crusade: A New History and The Greatest Knight: The Remarkable Life of William Marshal, the Power behind Five English Thrones. He also wrote and presented the landmark three-part BBC Two television series The Crusades.

A Preview for this title is currently not available.
More Books By Thomas Asbridge
View All