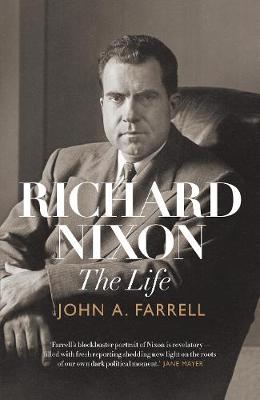 Description - Richard Nixon: The Life by John A. Farrell

Brilliantly researched, authoritatively crafted by a prize-winning biographer, and lively on the page, this is the Nixon we've been waiting for.

Richard Nixon opens with Navy lieutenant 'Nick? Nixon returning from the Pacific and setting his cap at Congress, an idealistic dreamer seeking to build a better world. Yet amid the turns of that now legendary 1946 campaign, Nixon?s finer attributes quickly gave way to unapologetic ruthlessness.Four years after that win, Nixon would be a US senator; six, the vice president of the United States of America. Finally president, Nixon?s staff was full of bright young men who devised forward-thinking reforms addressing healthcare, poverty, civil rights, and environmental protections. It was a fine legacy, but Nixon cared little for it. He aspired to make his mark on the world stage instead, and his 1972 opening to China was the first great crack in the Cold War.Nixon had another legacy, too- an America divided and polarised. It was Nixon who launched the McCarthy era, who set South against North, and who spurred the Silent Majority to distrust the country's elites. He persuaded Americans to gnaw, as he did, on grievances - and to look at one another as enemies. Finally, in August 1974, after two years of the mesmerising intrigue and scandal known as Watergate, Nixon became the only president to resign in disgrace.This is an enthralling tour-de-force biography of the darkest US president, a magisterial portrait of a man who embodied postwar American cynicism.'Farrell?s blockbuster portrait of Nixon is revelatory - filled with fresh reporting shedding new light on the roots of our own dark political moment. He shows that dirty tricks, October Surprises, and anti-elitist resentment were among the gifts Nixon bequeathed to our own presidential politics.?- Jane Mayer, author of Dark Money- the hidden history of the billionaires behind the rise of the radical right'John A. Farrell has once again delivered a rich, precisely written portrait of the past to help us understand the present. He traces the origins and turning points of one of the most complex, complicated and fascinating presidents of the modern age with flair and narrative skill. Each page is a joy to read, on the way to a very satisfying whole.?- John Dickerson, moderator of CBS?s Face the Nation and author of Whistlestop- my favorite stories from presidential campaign history 'John A. Farrell's Richard Nixon- the life is an expertly written and strikingly comprehensive portrait of America's most complicated president. Farrell has a genius for the telling anecdote and apropos quote. His command of the sources is staggering. Richard Nixon is a true landmark achievement.?- Douglas Brinkley, Professor of History at Rice University and author of Cronkite

Other Editions - Richard Nixon: The Life by John A. Farrell 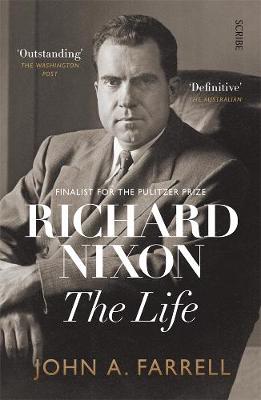 Book Reviews - Richard Nixon: The Life by John A. Farrell

» Have you read this book? We'd like to know what you think about it - write a review about Richard Nixon: The Life book by John A. Farrell and you'll earn 50c in Boomerang Bucks loyalty dollars (you must be a Boomerang Books Account Holder - it's free to sign up and there are great benefits!)

John A. Farrell is the author of the highly acclaimed Tip O'Neill and the Democratic Century, which was a New York Times Notable Book and a Washington Post Book World Rave of the Year. He is a senior writer at the Center for Public Integrity in Washington, DC. Previously, he was Washington bureau chief for The Denver Post and served as Washington editor and White House correspondent for The Boston Globe. He lives with his wife and two children in Washington.

A Preview for this title is currently not available.
More Books By John A. Farrell
View All