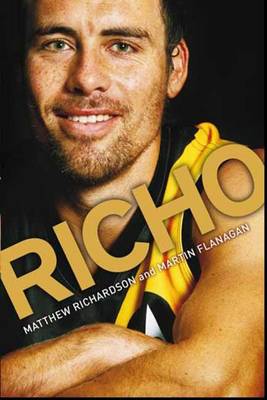 "Matthew Richardson, known as Richo, retired in 2009 as the most popular player in the AFL. Why was that? The careers of other great players like Nathan Buckley and Michael Voss amount to a sort of sporting perfection. Richo's career didn't. He was fallible. His kicking was flawed and he had an inability to hide his feelings on the ground but in other respects he was extraordinarily gifted. He was one of the best marks in the competition and it is said he could have run for Australia. His father, Alan "Bull" Richardson, played in Richmond's 1967 premiership team, a pivotal result in the history of the club. On his mother's side, he is descended from a black American sailor who arrived in Sydney in 1840. The average AFL career lasts three years. Richo's lasted 17 seasons. In that time, the general public got to appreciate his great bravery and his passion for both the game and his club. They also learned that, off the field, he was a humble, polite man who was always last on to the team bus because he was signing autographs. "Richo", the book, is essentially an account of the last two years of his football life with flashbacks that trace the outline of his long career. In the

Other Editions - Richo by Martin Flanagan 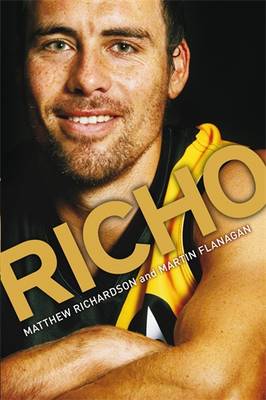 » Have you read this book? We'd like to know what you think about it - write a review about Richo book by Martin Flanagan and you'll earn 50c in Boomerang Bucks loyalty dollars (you must be a Boomerang Books Account Holder - it's free to sign up and there are great benefits!)

Martin Flanagan is the author of twelve books, among them The Call, an imaginative reconstruction of the life of Tom Wills, a founder of the game, and The Last Quarter, a trilogy of his football books.

A Preview for this title is currently not available.
More Books By Martin Flanagan
View All