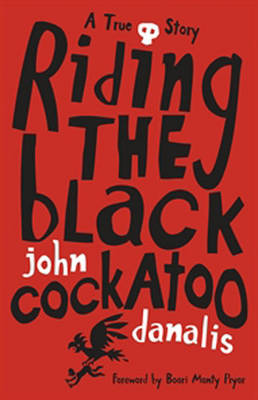 John Danalis was doing a teacher training course at university, as an older student, and decided to take a unit called Indigenous Writing. During one seminar he revealed that he had grown up with an Aboriginal skull (nicknamed 'Mary') on the family mantelpiece, a gift from his uncle to his collector father. The horrified reaction of his fellow students caused John to ask a few questions - where did his uncle find it, who was 'Mary' (a man, as it turned out), and was there a group that might want to claim the skull. By a series of amazing coincidences - almost as if some spirit was driving events - and thanks to his own faith and determination, John made connections with people who could help him in his quest, with the result that Mary was ceremonially handed over to the rightful owners, the Wamba Wamba people of northern Victoria, and later buried in Wamba Wamba country.

As a result of the processes he went through and the people he met, John Danalis put his upbringing and assumptions under scrutiny and exposed his own stereotyped thinking and forged undreamed-of connections with Aboriginal people - an exhilarating but testing process. This book, then, is one man's reconciliation journey.

A sidelight: during a bike ride, John was followed by a red-crested black cockatoo - an almost unheard-of bird in Brisbane. He later found out that this bird was the totem for the Wamba Wamba - just one of the coincidences referred to above. He also happened to see a headdress made from black cockatoo feathers at a literary festival - and ended up using it at the handover ceremony for Mary. Finally, there was a red-and-black connection between his father, a traditionalist rather sceptical of his son's activities, and a Wamba Wamba elder, Gary Murray: his father barracked fiercely for Essendon football team in Melbourne and Gary's son was a well-known Essendon player.

Another sidelight: at the handover ceremony, elder Gary Murray wore a wonderful possum-skin cloak with story designs etched into it. We have commissioned a similar cloak depicting the story of Riding the Black Cockatoo, to be used by John Danalis in his promotion work and especially in schools.

» Have you read this book? We'd like to know what you think about it - write a review about Riding the Black Cockatoo book by John Danalis and you'll earn 50c in Boomerang Bucks loyalty dollars (you must be a Boomerang Books Account Holder - it's free to sign up and there are great benefits!)

John Danalis is a writer, illustrator and designer. He is the author and illustrator of three children's titles, Dog 37 being the most recent. Bath Monster and Uncle Lou's Tattoos are his earlier works. He has illustrated numerous other titles including Licking Lizards, Girl in the Cave and Loku and the Shark Attack. He has also illustrated textbooks. John began his art practice as a graphic designer and now runs a studio called Peripheral Vision with his partner, acclaimed illustrator Stella Danalis (http://peripheralvision.com.au). In the last 15 years the studio has won over 100 design and illustration awards. Today, John and Stella specialise in book cover design and their own creative projects.