The first in a gripping new crime thriller series set in Yorkshire, for fans of Ian Rankin and Joseph Knox.

On a Thursday night in February, DS Joe Romano finds himself back on home turf. He's following up on the disappearance of drug-dealer Craig Shaw.

It's the start of a case that could make or break Romano's career. Because Shaw is about to go from missing to murdered.

While some don't think Shaw's killer should be brought to justice, Romano believes every life counts. But he's running out of time.

The killer is ready to strike again. And Romano will be forced to question whether anyone has the right to kill.

'A modern take on the classic police procedural' Russ Thomas

Other Editions - Right to Kill by John Barlow 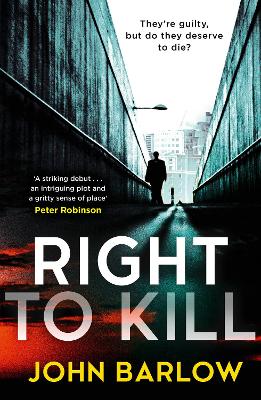 » Have you read this book? We'd like to know what you think about it - write a review about Right to Kill book by John Barlow and you'll earn 50c in Boomerang Bucks loyalty dollars (you must be a Boomerang Books Account Holder - it's free to sign up and there are great benefits!)

A Preview for this title is currently not available.
More Books By John Barlow
View All