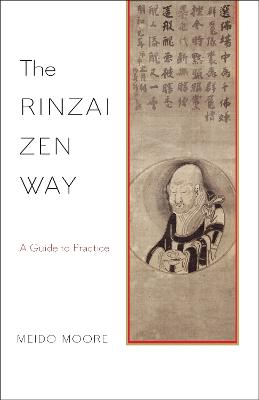 A Guide to Practice

Rinzai is, along with Soto, one of the two main schools of Japanese Zen, descended from the Chinese Linji school of Chan and made famous by the great Zen Japanese Master-artist Hakuin Ekaku (1686-1768). Rinzai practitioners in America are in the minority among Zen students, though many Soto Zen practitioners are effectively a mix of Rinzai and Soto. This is the first, accessible introduction to Zen philosophy and practice from a strictly Rinzai perspective, and as such it will be invaluable to students practicing in Rinzai Zen centers--such as the major ones in New York State, Chicago, Seattle, and Hawaii--as well as for everyone who wants to understand what the special emphases of Rinzai are. Compared to Soto Zen, Rinzai is known for a sharp, energetic approach and relies more heavily on the koan practice Zen is famous for. More emphasis is also placed on the experience of seeing through to the nature of reality called kensho. And Rinzai places a great emphasis on expression of Zen teaching in the arts. Rinzai and Soto are not opposed to each other, and share a great deal of theory and practice, but this guide will provide a glimpse of "pure" Rinzai for all interested in practicing it or just finding out about it.

» Have you read this book? We'd like to know what you think about it - write a review about Rinzai Zen Way book by Meido Moore and you'll earn 50c in Boomerang Bucks loyalty dollars (you must be a Boomerang Books Account Holder - it's free to sign up and there are great benefits!)

MEIDO MOORE ROSHI was a disciple of the lay Zen master Tenzan Toyoda Rokoji, under whom he endured a severe training in both Zen and traditional martial arts. He also trained under Dogen Hosokawa Roshi, and later under So'zan Miller Roshi. All three of these teachers are in the lineage of the famous Omori Sogen Roshi, perhaps the most famous Rinzai Zen master of the twentieth century. Meido serves as abbot of Korinji, a monastery near Madison, Wisconsin, and is a guiding teacher of the international Rinzai Zen Community, traveling widely to lead retreats. This is his first book.

A Preview for this title is currently not available.
More Books By Meido Moore
View All