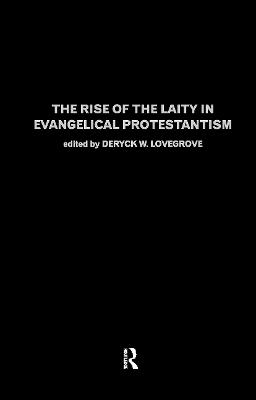 The Rise of the Laity in Evangelical Protestantism

The rise to prominence of an active laity is one of the most remarkable yet least-discussed aspects of the modern Church. Despite post-Reformation Protestantism's insistence on each person's direct interior access to God, such has been the preoccupation with clerical leadership that only one or two episodes of lay participation are widely known. The Rise of the Laity in Evangelical Protestantism is the first comprehensive investigation into the involvement of ordinary Christian men and women in Church activities and in anti-clerical dissent. Exploring a phenomenon stretching from Britain and Germany to the Americas and beyond, it considers how evangelicalism, as an anti-establishmentarian and profoundly individualistic movement, has allowed the traditionally powerless to become enterprising, vocal and influential in the religious arena and in other areas of politics and culture.
With themes ranging from the early furore over lay preaching to seventeenth-century American women's roles in religious leadership, from the difficult path of the overseas missionary to the probable future of evangelical Christianity, The Rise of the Laity in Evangelical Protestantism forms an unrivalled examination of the modern Church as an inspirational and liberating force in the lives of its many believers.

Buy The Rise of the Laity in Evangelical Protestantism by Deryck Lovegrove from Australia's Online Independent Bookstore, Boomerang Books. » Have you read this book? We'd like to know what you think about it - write a review about Rise of the Laity in Evangelical Protestantism book by Deryck Lovegrove and you'll earn 50c in Boomerang Bucks loyalty dollars (you must be a Boomerang Books Account Holder - it's free to sign up and there are great benefits!)

Deryck Lovegrove lectures in church history at St Mary's College, University of St. Andrews, and has written extensively on themes including the church and war, the role of the church in industrialisation, and Scottish evangelicalism. He is the author is Established Church, Sectarian People, Itinerancy and the Transformation of English Dissent, 1780-1830 (CUP, 1988).

A Preview for this title is currently not available.
More Books By Deryck Lovegrove
View All